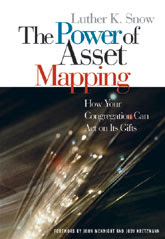 Coffeewife is making me go see Twilight with her this weekend, so she made me read the book this week. She also did it to try to get me to stop ripping on it all the time...as if reading it would cause me to stop. See, this whole "human girl falls in love with male vampire" thing...to me it's been done before and done better *coughBuffyandAngelcough*. But nevertheless, here we are. I finished the book in a few days. It's a quick read with large print besides. But the writing drove me nuts. How many times does the reader need to be told how perfect and/or beautiful Bella thinks Edward is? I suggested to Coffeewife that a drinking game could be made out of that: described as perfect or beautiful, take a drink. I'd have been plastered within the first 50 pages. And some of the conversations are so meandering and drawn-out; I prayed for certain chapters to end. Some better editing could have tightened that up, as well as some of Stephenie Meyers' writing. In several places, it's so pedantic. If a character says, "I'd like to order a pizza," the next sentence may well be, "He said this because he was hungry." Dude.
I've also been reading The Power of Asset Mapping by Luther Snow, which is a book about helping to breathe new life into a congregation by encouraging it to focus and build on its assets and resources rather than continually fret about its deficiencies and losses. This technique also goes by the term "appreciative inquiry." I've only made it through the first few chapters, but I can see how this could be so much better for churches than trying to force other techniques into a context where it may not fit. The basic premise is to have the entire congregation, or some group within the congregation, list off various assets of the church or membership (i.e., physical, associational, personal, etc.), and then to make connections between assets that may give birth to new opportunities for the church to do ministry. There are even some techniques to address those who will inevitably desire to focus on needs instead. Good stuff. I like it.
We saw Quantum of Solace this past week. I really enjoy Daniel Craig as Bond. Other Bonds have played up his suave tendencies (i.e., Moore and Brosnan), but it was harder to believe them as lethal weapons when it came time. The pendulum has swung in the other direction now, and while Craig retains some of Bond's smooth characteristics, he's much more cold-blooded than others have been. I'm not familiar with the Dalton movies, but apparently they went for this angle with him, too. All the more reason for me to check them out. Anyway, QoS is a very straightforward action movie than Casino Royale was, but I had no complaints.
Music-wise, I've tried to get back into a routine where I listen to a few albums a week. Here's what I've done this week:
~Alanis Morrissette, Under Rug Swept - Not impressed. I just can't hear the same attitude on anything that she's done since Jagged Little Pill, and I mean that musically as well as lyrically.
~Radiohead, Kid A - I'm a full-fledged Radiohead fan now, and Kid A has only deepened it for me. Believe it or not, I have yet to hear Hail to the Thief, though I've heard a few tracks from In Rainbows.
~Social Zero, Fight the Current - NE Ohio band trying to sound like Alter Bridge. Meh.
Around the web, Michigan Against the World sums up my feelings during this particular rivalry week.
By Jeff Nelson
Email ThisBlogThis!Share to TwitterShare to FacebookShare to Pinterest
Labels: Pop Culture Roundup

Nebraska doesn't have a game tomorrow so I'm wearing blue for Michigan today. Have fun watching the game tomorrow!

Yeah, there just isn't the same hype or intensity about this year's game. Nonetheless, I will be watching and hoping that we win, because I know without a doubt your team is going to show up. It's what we do. No matter how lousy the team is that year, this game MATTERS.

Too bad you and Coffeewife can't come over--I'm making chili!