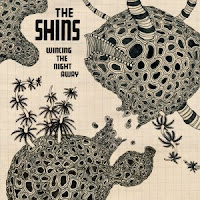 I've still been reading The Power of Asset-Mapping, which can be a little repetitive at times.  The process itself is pretty simple, and Snow also provides plenty of techniques for anticipated sidetracks and dead ends.  However, Snow also spends an overabundant amount of ink talking about what groups one can do this with, when these groups can do it, how it might help these groups, what sorts of groups he's personally facilitated it with, and on and on and on.  I get it.  Move on to the process itself.
I saw Twilight last Friday evening with Coffeewife.  Picture a theater filled with adolescent girls at 9:30 at night talking through the previews, shrieking every time a new character appeared on screen (or every time Edward or Jacob appeared on screen, period), and taking pictures of the screen with their cellphones.  There was a pair someplace off to my right who I swear didn't shut up through the whole movie.  The atmosphere was exactly what I thought it would be.  The movie itself...didn't suck.    I actually liked it better than the book because it was so much less meandering.  The two main actors were a little stiff, though.
Entourage ended its season this past Sunday, with the four guys heading back to Queens to hang out with friends and family and to regroup.  Eric tries to get Vince a part in a Gus Van Sant movie by sending him some movies, which doesn't pan out.  Vince blames Eric for looking too desperate and for making bad decisions...until Van Sant sends some of Vince's stuff along to Martin Scorsese, who casts him in the lead of his next film.  Friendships are restored and the season ends on a happy note.  While perhaps a little too tidy of an ending, this season had a lot more uncertainty and tension than previous ones have, which I think it needed.
Not a whole lot of new music this week.  I listened to The Shins' Wincing the Night Away.  This was my first brush with The Shins...one of those where I saw it in the library and figured why not.  I popped it in the car this week when I knew I'd be driving for a while, and the best way to describe my reaction is thus: this album was easy to ignore.  Seriously, I'd drive for stretches and then remember that I was supposed to be listening to the music in order to form an opinion.  I'll give it another shot, but I'm not expecting much different.  It's very mellow, somewhat bland pop-rock that just didn't grab me in any way.  If reviewers on Amazon are to be believed, their albums before this one are harder and perhaps more acclaimed, and I'd be willing to give them a try.  But if I were to judge The Shins solely by this album I doubt I'd ever give them a second thought.
Around the web, it took me entirely too long to discover and begin reading The Naked Pastor.  And the Internet Monk has an interview up with its author this week as well.
By Jeff Nelson
Email ThisBlogThis!Share to TwitterShare to FacebookShare to Pinterest
Labels: Pop Culture Roundup
Newer Post Older Post Home