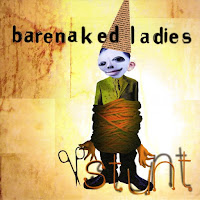 Note: That Nearing 1000 post is going to head further and further down the page, and I need a few more questions. So please take a moment to contribute if you haven't already.

I've been working my way again through Process Theology. I've begun to remember a lot of the main points as I've read again, but it's been slow-going. Between the density of the material and finding the time and space to not only read but concentrate, I'll probably be spending a lot longer on this one. For those wondering what process theology is, this is a concept of God different from the traditional all-powerful, all-determining God...here, God is persuasive rather than coercive, moving creation toward greater perfection and enjoyment rather than pre-determining everything, and displays perfect love through responding to creatures' choices rather than deciding for them ahead of time. I've been sympathetic toward this view since seminary...I figured it was time to not only revisit it, but also deepen my understanding of it.

This past Sunday evening, after seeing Steve Martin on the Oscars, I decided to re-read Pure Drivel. For those amazed that I'm reading two books at once, don't get too excited. Pure Drivel is a short book, very light reading, and hilarious. Last night I re-started it, and just read the first two chapters (maybe 10 pages total) before going to bed. If you're a fan of Martin's humor, this is it in print form.

The past week, I've been listening to a few albums:

Sound-Dust by Stereolab - I think this might take a few listens for me to "get it." This is an album largely filled with slow, ethereal sorts of grooves that I might like in the evening with a glass of wine, but I was listening to this while driving and was hoping for something more...uh...driving. Besides that, this didn't seem like the best album to start with for an introduction to Stereolab. I'm hoping that there's more to them than this.

The Horseshoe Curve by Trey Anastasio - This is an album of instrumental music, the sound reminiscent of his other Phish and solo work, though he makes large use of horns and a slight ska/reggae sound as well. The jams are decent enough, but all in all the songs seemed to blend into each other and the album as a whole impressed me as something playing in the background in Starbucks and not much more. Meh.

Also, I was surprised to hear this week that Steven Page is leaving Barenaked Ladies! How is a Page-less BNL even possible? Try to picture the Rolling Stones without either Mick or Keith...not both, just one. Yeah, it's like that. I haven't done so yet, but I'm going to make it a point to listen to some BNL this weekend. Stunt has always been my favorite, although Gordon is, of course, their classic.

From around the web, here's Louis C.K. on Conan O'Brien talking about how everything is amazing, but nobody's happy. I'm using bits of this to talk about Jesus in the wilderness on Sunday: