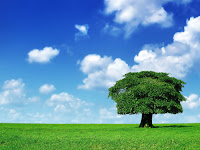 All right, I'm going to say right off the bat that I'm not going to address all of these. This category is for resolutions that may or may not stir up some strong opinions, and "pet project" resolutions that some marginal group cares about and that usually pass, but ultimately not much is going to come of them.

Let's say a couple things about the resolutions on climate change. Let's start by saying that Synod 26 just dealt with a climate change resolution, and here we have two more.  I guess I don't understand why an issue that Synod just talked about is being talked about again. Is it to keep it fresh in people's minds? Is it because people missed that a similar resolution was just passed two years ago? Do people see it as a recommitting to the cause?

Both of these latest resolutions acknowledge that point, but don't really answer the question. The Urgency for Action resolution does state that "this resolution urges more vigorous and sustained leadership on the part of the United Church of Christ." It continues by quoting part of a letter by the Collegium from last April:

Our call to become good stewards in God's ever evolving creation is reflected in the many resolutions passed addressing our environment. Beginning in 1959 with the Second General Synod, whereby there was a "call to Christian action in society, 'includ(ing) (a) call for conservation and development of the Earth's resources for the benefit of all people now and in the future.'"...

One thing is certain: for the love of the earth and one another, we may not remain indifferent. We are called to face the challenges with a deep sense of urgency and hopeful attention.

In other words: "No really, we mean it." The resolution itself reflects this with words and phrases such as "urgent" and "intensify our efforts," while the actions proposed are not really that different from what other related resolutions have suggested: churches should educate their members, "green" their buildings, and advocate legislation. But we should do it more urgently than we've been doing it.

The other climate change resolution may actually belong in the "Practical" category, as it proposes a new designation that local churches can adopt: "Earthwise Congregation." What types of activities will an "Earthwise Congregation" engage in? Well, among others, they would educate their members, "green" their buildings, and advocate legislation. And they'd start a new committee that oversees this.

On climate change in general, I've found this webpage to be helpful in my own attempts to understand the issue. I've also found this website helpful as a dissenting view, as in my own reading I've found this issue to be a lot less clear-cut...there seems to be so many factors and variables at work that I'm hesitant to jump on the global warming bus.

I'm only going to look at one other resolution in this space, that being the one on eugenics. I wasn't very familiar with this movement before reading over this resolution.

Essentially, the eugenics movement lasted about a century or so between the mid-19th and mid-20th centuries, and aimed to improve the amount of "desirable" hereditary stock while lessening "undesirable" stock. Translation: we want more white American babies and less black, immigrant, and mentally or physically challenged babies. The resolution cites several cases of pastors, mostly Congregational in background, supporting this movement in various ways. The resolution then argues that we should study the involvement of our predecessors in this movement and seek to correct any residual effects.

I'm struggling to see what possible residual effects involvement by individuals and the publishing of one book by Pilgrim Press in the 1930s (also cited) may have in our denomination, at least as an institution. If the resolution had geared itself more toward attitudes of individual members who harbor eugenics-related attitudes, I could understand that. But the focus is on how eugenics may still manifest itself in the institutional life of the UCC. One Whereas states as much: "WHEREAS, the United Church of Christ has claimed in previous resolutions that institutionalized injustices continue to affect contemporary society..."

The other possibility here is that this resolution wants the UCC to acknowledge its historical ties to this movement, recognize that it is not above the fray, and educate its members on how attitudes like this can become institutionalized. That makes more sense. It's a slice of humble pie for a denomination constantly touting its "firsts." This is, I supposed, one method of serving up that slice.
By Jeff Nelson
Email ThisBlogThis!Share to TwitterShare to FacebookShare to Pinterest
Labels: United Church of Christ
Newer Post Older Post Home