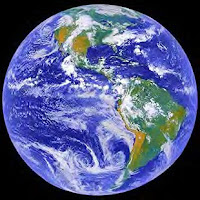 "The Practical" category is for those resolutions that directly affect the way in which some aspect of the United Church of Christ goes about its work. They're likely to all be prudential resolutions, which are for this purpose.

I was intrigued when I first saw the Resolution on Responsible Meeting Practice, mostly because it was submitted by the Hawaii Conference. Those who keep up with events in the UCC know that the 2011 Synod was set to take place in Hawaii up until last year, when it was decided that it would be financially impractical for many travelers. It was a good stewardship decision that only seemed to receive praise...at least, all I heard was praise. There may have been grumbling. There's always grumbling.

Anyway, the Hawaii Conference has submitted this resolution that seems to reflect that decision, stating: "This resolution builds on the robust policies of the United Church of Christ regarding environmental, economic, and social justice stewardship to create implementable, educational, and just stewardship (e.g., sustainable) practices for church meetings." Pretty straightforward stuff...we should practice good stewardship when it comes to meetings such as, oh, I don't know, General Synod 28.

The Theological Rationale section lays out a few scriptures dealing with recognizing God's regard for and restoration of creation, as well as some texts about practicing justice. The resolution itself cites multiple resolutions passed at previous Synods dealing with stewardship of creation, as well as a recognition of its interrelatedness. The Be It Resolved section then lays out a few ways, albeit very generally, in which all settings of the UCC should be encouraged to be mindful stewards of creation when planning meetings. In fact, by far the most concrete suggestion that is made in this resolution is to have Justice and Witness Ministries develop a document outlining ways in which this can be implemented. It'll probably take a while to see how this one, if passed, plays out.

Hey, want to play a game? Okay, here goes. Every time you read the word "justice" in the following paragraph, take a shot of bourbon:

The Bible identifies Yahweh as a God of justice that loves justice. The United Church of Christ has, through the years, championed many issues of justice, but in its national setting is currently faced with daunting financial challenges which have diminished the number of staff working on justice issues even though the issues of justice are as pressing today as at any time in the history of the United States. For the United Church of Christ to truly be a “justice” church, it has to mobilize as many of its members as possible to build a coordinated effort to work at the issues of justice, in spite of the financial difficulties we are facing.

How are you feeling?

This is the opening paragraph to the Justice Town Hall Gathering resolution, and if I didn't know better I'd say it has something to do with justice.

More seriously, this resolution mainly calls upon General Synod to establish a "town hall gathering of justice advocates within the United Church of Christ one day before the beginning of each General Synod." From there, these advocates will put together a "two-year justice platform for the United Church of Christ to strive for," and that JWM will partner with a few other UCC entities to plan these.

It begs the question, of course: Whose justice? Which advocates get invited, and for what issues? Or are they invited? Does any advocate just show up? Who gets to speak? Will everyone get a chance to be heard? Are there issues that one may consider "just" that another may consider "unjust," and who decides which? These and many other questions are left unanswered by a very barebones resolution. I suppose that, if passed, that would be left to JWM and others to decide. But I can't help but wonder about the assumptions behind this one.

The final resolution in this category calls for the establishment of yet another designation that local churches and other settings of the UCC may adopt for themselves, that being "Global Mission Church." This is for settings that exhibit and strive for a global perspective on mission outreach.

So, to recap, a local church can choose from the following designations: Multiracial, Multicultural, Open and Affirming, Just Peace, Accessible to All, Faithful and Welcoming, and Still Speaking. If certain resolutions are passed this Synod, we can add Global Mission Church and Earthwise Congregation to that list.

When does it stop? Seriously. I do get how at least some of these may be helpful for people to know about when seeking a new faith home, but many more of these just seem like a lot of self-congratulating silliness that the majority of people may not really care about apart from seeing a congregation or other UCC entity actually practicing what they preach. If I'm Joe Unchurched feeling a pull to check out a local church, am I really going to care that it calls itself "Just Peace?" If I'm Joe Unchurched, I'm actually probably wondering what the hell that means. I'm going to know whether you're multiracial or multicultural when I step through the door. I would hope every church considers itself faithful and welcoming (well...many do consider themselves welcoming, but far fewer actually are; one has to read the fine print on that one).

It's just getting ridiculous. That's all. Personally, the only two I'd retain are Open and Affirming and Accessible to All. At least those are especially helpful in letting others know that there's truly a safe space for them.

My $.02. As for you, add all the freaking designations you want if you think it helps.

I got off on a rant there. Sorry. One more category to go.
By Jeff Nelson
Email ThisBlogThis!Share to TwitterShare to FacebookShare to Pinterest
Labels: United Church of Christ
Newer Post Older Post Home