The Community and Human Nature 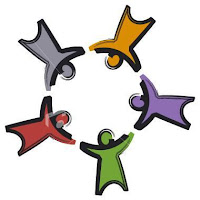 I found this Peter Rollins interview via Kingdom Grace, who quotes a few paragraphs dealing with working against the notion of a faith community with a pastor who does things for everyone else:

It is a common feature of religious life that we often seek a leader to tell us what to do. In these situations I would argue that it is good to have a leader who refuses to take on that role. Who, by doing so, forces the other to take responsibility for themselves.

So the basic gist here is that, if a community doesn't call itself a community, then no pastoral leadership or hierarchy is established and we're all forced to take our own initiative to care for one another. I get it. I love it. But there's a glitch...differing personalities will most likely lead to the natural emergence of such leadership. Think of the caretaking personalities that you know, the Type As, the overorganizers. It'll take a lot for those types of personalities to keep from always stepping in to care for others and, consequently, become the community's caregivers through a natural process.

Of course, Rollins' point is that those people need to refuse sometimes, need to resist the urge to always step in in order for others to realize their own responsibility.

The flip side are the personalities that like to hang back, feel things out, keep options open and stay uncommitted. This "community that isn't a community" is the perfect place for those personalities to abdicate responsibility whenever they can. And the way Rollins is figuring it, they're the ones who need to learn how to take responsibility.

It's a double-edged sword. And I don't think that playing the semantic game with the word "community" is the answer. To me, "community" actually implies that we have responsibility for each other more than "non-community." If you willingly and voluntarily join a community, then you are taking on its needs and cares. Non-institutional communities can work this just fine. It's when it starts organizing itself that pastoral leadership emerges and hierarchy forms. But based on personalities within the community, that may eventually happen anyway. The helpful thing about Rollins' quote, to me, is those personalities checking themselves in order to encourage everyone to do their part.
By Jeff Nelson
Email ThisBlogThis!Share to TwitterShare to FacebookShare to Pinterest
Labels: Church
Newer Post Older Post Home