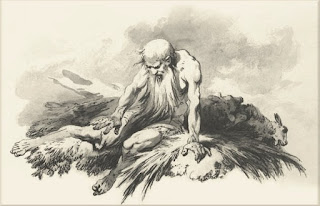 In preparation for this Sunday’s sermon, I traveled to Cokesbury in Canton to pick up a commentary on the book of Job. I don’t have many resources on my shelf about this book, so I made a quick trip over. After finding what I was looking for, I set my purchases on the counter. The woman at the register noticed what I wanted to buy and asked about my interest in this book of the Bible. I answered that I was planning on preaching on it the following Sunday, and she got a funny look on her face. She said, “You’re going to preach on Job in this economy?”

Obviously, she didn’t think it was the most uplifting choice in this current economic climate, one that is seeing more layoffs, more business closings, uncertainty surrounding things like insurance and health care, even difficulty in acquiring basic needs such as food.

And it’s true – Job is not the happiest of books. Here is the story of a man who is doing pretty well for himself: he has a big family, plenty of land and livestock, and he’s known for his faithfulness.

The story goes that God is in the heavenly throne room among other divine beings. Satan wanders in (and here, he’s not depicted as the evil opponent of God so much as the contrary voice…ever hear the phrase, “devil’s advocate?” What Satan does in this story is why we have that phrase).

God asks Satan where he’s been, Satan answers that he’s been wandering around the earth. God says, “While you were there, did you happen to see my servant Job? He’s a righteous, devout man, and strong in faith.” Satan questions this by asking, “Does he have faith for any real reason, or does he just believe because everything’s going well?”

Somehow, God takes this as a challenge, and gives permission to test Job’s faith. Satan proceeds to take away his family and possessions, and even afflicts his health.

At first, Job does okay with this. He says, “I came into this world naked, and I’ll leave it naked. Stuff happens.” After a while, though, his attitude starts to change. He begins asking why this is happening to him He asks, “What’d I do?” He questions God’s fairness, and asks the eternal question: Why do bad things happen to good people? This is the main theme for Job’s complaining, actually: questioning if God is really fair when it seems this stuff happens so often to so many.

Job’s friends visit him and offer the usual sorts of answers. “Don’t question God – His will is sovereign, just accept it!” Yeah, that’s real helpful. “Clearly, you did something wrong. So repent!” That’s helpful, too.

Finally, God shows up. The small piece we’ve heard this morning is the beginning of a few chapters’ worth of God laying a verbal smackdown in response to Job’s questions. “Who are you to question my fairness?” “Were you around when I created the world?” “Are you really able to discern who I am and what I’m about?” These questions are rhetorical – the answers meant to be, “No one,” “No, I wasn’t,” and “No, I’m not.”

The story ends with Job making some recognition of his true place in the world and his limitations, and many of his possessions are restored. Even though this story ends up the way it does, we can’t let my Cokesbury cashier’s question go - “You’re going to preach on Job in this economy?”

A lot of people are having a Job sort of moment. Even apart from economic issues, there are issues relating to illness, aging, strained relationships, or fill in your own answer. These are moments where mortality stares us straight in the face, where we realize our own limitations as human beings. They prompt the same sorts of questions that Job asks and even the same types of easy answers from friends that Job gets from his.

This is where we find out that we’re only human. We discover that we don’t have complete control over our surroundings. We discover what true faith is when things don’t happen the way we want or expect them to. And we wonder what God is doing.

We discover something about ourselves and about the world around us when we suffer. We may even discover what we truly believe in those times. We think that maybe bargaining with God will help: “If I get through this, I promise I’ll be a better Christian.” Maybe just sitting back and hoping that God knows what He’s doing will help, like what one of Job’s friends suggests. Or maybe God doesn’t really care, or doesn’t even really exist. Suffering prompts these and other sorts of thoughts.

But what if God isn’t using suffering to punish us? What if God doesn’t have a plan in the sense that He’s causing us to suffer now and there’ll be some greater cause for happiness and contentment that will be revealed later on? And what if it’s not because God hates us, or doesn’t care, or is teaching us growth through pain?

But what if neither of those is the case? What if God isn’t inflicting suffering on us, but is still with us while we endure it? What if we’re not being punished, or neglected, or a cog in some greater divine plan, but God is still alongside us in moments of hardship?

Maybe, when we’re wronged by somebody else, that isn’t God directing that person to do so, but an act of sin out of personal choice that God would seek to correct.

Maybe, when someone struggles with finances and a tough job situation, that isn’t God issuing tough love, but the unfortunate circumstance of the market brought about by a decade or more of human decision-making, and God in Christ, who identified with the poor, is identifying with those in present circumstances too.

Maybe, when natural disaster strikes, it’s not because that part of the world deserved it, but a natural result of climate, or geology, or environment, and God suffers alongside those who suffer.

Today is Father’s Day – here’s your Father’s Day tie-in. When we were in Florida the other week, Coffeeson dove head-first off of our bed. I laid him down, turned my head for a second, and then heard a huge thump followed by screaming. Did I feel absolutely horrible about this? Of course. But it was some combination of being with him and his free choice that led to his suffering – not just one or the other. A combination of factors led to that fall. And after it happened, I did what I could to bring comfort and healing to him.