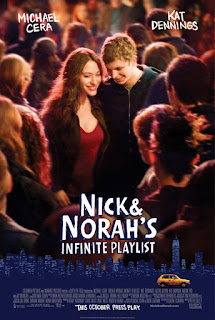 I finished The Story of Edgar Sawtelle this week. Since it's loosely based on Hamlet, I kind of saw what was coming. I just didn't know how Wroblewski would do it. The final section of the book has a certain anxious quality to it, featuring short chapters switching between different characters' perspectives as the climax mounts. The story is of Edgar Sawtelle, but it's also about the legacy to which he contributes. That part isn't necessarily clear until the end, but then the reader can look back and see all the points at which this piece was being developed. It was an excellent novel, and its 500+ pages are worth it.

So now it's onto another lengthy book, Christianity's Dangerous Idea by noted Christian historian Alister McGrath. McGrath explores the legacy of the Reformation - both the larger context in which it began and the lasting ideas that have carried down through the centuries. McGrath explores aspects of the context that we often should have assumed, such as the fact that Luther wasn't the only one attempting reformation even in his own city at that time...he was just the one who captured the largest audience. In fact, some of his fellow reformers considered him too soft, too conservative. McGrath also explores how both the Lutheran and Reformed movements struggled each in their own ways to gain momentum beyond their immediate regions. I'm enjoying it so far.

We watched Nick and Norah's Infinite Playlist this week. Michael Cera stars as Nick, a lovelorn sad-sack in high school who is unable to get over his self-absorbed ex-girlfriend. Norah happens to be one of his ex-girlfriend's best friends, although the dynamic portrayed between the three female characters is mostly one of sniping back and forth. Most of that is instigated by the ex, who seems to take great joy in causing as much chaos with other people's emotions as possible. They all end up together at a gig that Nick's band plays, which sets up an all-night adventure in downtown New York City (the movie doesn't bother to ask about the parenting wisdom, or lack thereof, that goes along with this). The movie's title hints at the common bond that Nick and Norah share, that being music. One of the subplots of the movie is the entire group searching for an elusive band that leaves clues as to where they'll play next. Another is that Norah's father owns a recording studio originally built by Jimi Hendrix. Mostly thanks to its setting, the movie is able to put a new spin on some well-worn qualities of similar movies. The soundtrack is good, too.

The new season of Entourage starts this Sunday. From reading past Roundups it may seem like I actually don't like this show. There is a certain predictability to it...there's no real sense that the guys' friendships are ever going to hit real trouble or that Vince's career is in real danger. However, this past season was perhaps the most interesting because it really did strive to cast doubt on Vince's future...it was the first time he stumbled, and that provided a good story. But that season ended with Vince hooking up with Martin Scorsese to do a movie, so there isn't a whole lot of concern as this season starts.

From around the web, here's a well-done video of Buffy the Vampire Slayer meeting Edward Cullen. There's even a happy ending. Enjoy: