Vintage POC: Sometimes I Get Tired, Too 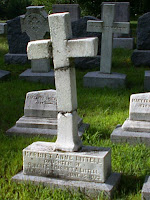 I wrote this entry nearly two years ago. These are feelings that recur from time to time, most recently perhaps when John Piper shared his tornado theology. But it was an entry at Internet Monk that really brought this entry back into my consciousness. I get what he's saying, even if I need to keep sitting with the material for a while. For some, the feelings in this entry naturally lead to what iMonk describes. For others, like me, I find ways to keep going because I find the truths that Jesus shares to transcend all the stupid crap that Christians do.

Greg doesn't have a lot of energy right now. He's gone through a "faith detox" sort of thing lately, where he now declares that he's not a Christian if being a Christian means adhering to what he sees as a ridiculous series of statements. From what I read from him, he's been a longtime critic of most church practices that take away from the essence of discipleship; that needlessly pile on or cater to the whims of a comfortable, consumerist middle-class lifestyle. More recently, he's gotten dissatisfied with beliefs in substitutionary atonement, the Bible as infallible God-bestowed document (which includes accounts of genocide, slavery, divine pettiness, etc.). It's not that he just recently gave up these things...he gave them up quite a while ago. He's gotten tired of arguing for broader thinking on these themes, and finally gave up.

(Understand that I mean "gave up" in a burned-out sort of way, and not in any sort of way that sought an easier path.)

This quote struck me in just the right way:

Just driving by a church makes me weary.

Yes, out of three paragraphs, this one sentence struck me. Because sometimes I feel like that, too.

It's only rarely that it's my own church that makes me weary, though. I live right next to it, and every once in a while I look over at it and sigh. This is mainly an "I live right next door to where I work" sort of thing, though, and less a discontented sigh at everything that is wrong with Christianity and the haplessly broken institution that strives to embody what Jesus really wanted.

But sometimes a sigh does escape my lips for those reasons. I could pass by any church and that would happen. Sometimes it is the church I serve, sometimes not. I'll sigh at the huge non-denominational church that promotes mudpits and carnivals for its youth, that causes reactions of both jealousy and disgust from my membership, that won't give us heathen mainliners the time of day. I'll sigh at the small rural church that keeps promoting it's old-timey cornfield religion. I'll sigh in the middle of Christian bookstores promoting Bible Sudoku and Christian shoes(!). I'll sigh as I happen to overhear two women in Borders decrying a contemporized play adaptation of The Screwtape Letters that apparently addresses sexual temptation in too graphic a manner, and wonder why people think "Christian art" is only supposed to be fluffy and banal.

It's in moments like this that I feel tired, if not even tempted to just throw it all out. Why bother with the divisions, the strong desire to live in one's favorite heyday, the marketing of spiritual pap, the oversensitivity? Why bother with the theological arguments, the sometimes crusty hymns, the flareups over administrivia, the striving to get this, that, or the other demographic interested in some aspect of church life?

I sigh, and then I arrive at my destination. I talk to the young woman with lung cancer interested in baptism. I visit the older woman who can't seem to put life back together after her husband of 50+ years died. I talk to a couple senior high kids about faith themes contained in an episode of The Simpsons over Doritos and soda.

I go to these places and I realize that there's still hope. And I realize that I've got some energy left to do this Christianity thing after all.
By Jeff Nelson
Email ThisBlogThis!Share to TwitterShare to FacebookShare to Pinterest
Labels: Vintage CC
Newer Post Older Post Home