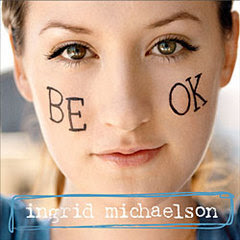 I'm still reading The First Paul. I've been distracted by other matters lately and haven't been reading too much of it. It doesn't help that the authors have launched into some familiar points and themes, and it's not holding my interest simply because I've heard this stuff from them before. I have been intrigued by their discussion of Paul's declaration that death is the final enemy to overcome. They discuss this in the context of Christ's death, which was violent, vs. death in our society being something that we can put further and further off thanks to modern technology. The suggestion is that, in that time and place, death was more of a "constant companion" due not only to Roman oppression, but the threat of disease and a shorter life span in general. They conclude that Paul may have had violent, oppressive death in mind more than death in general when he wrote about the final enemy to be overcome. It's an interesting point regardless, but I'm not fully convinced that that was what Paul had in mind.

One of the things that has distracted me from The First Paul has been Thomas Keating's Invitation to Love, which I'm reading for a book discussion. Keating draws on some elements of psychology--particularly human mental development--to explore the role of contemplative prayer in that development. I didn't really start liking this book until the fourth chapter. There's something about Keating's writing style that irritates me...I contrast him with Thomas Merton, who is more flowing and has a more poetic quality, while Keating seems very buttoned-down and prosaic. If you're writing a book on spiritual discipline, I tend to think that your writing should "seem" spiritual. The psychological element probably necessitates Keating's style, but it just seems very dry for long stretches. By the fourth chapter, he seems to finally start rolling on some things, including exploring the variety of factors that contribute to one's sense of self, and how contemplative prayer can help heighten that awareness. I have a way to go yet, so maybe by the end I'll have a different opinion, especially considering that he hasn't yet described the actual discipline.

The season finale of True Blood was this past Sunday. I really thought that this season was much stronger than the first...characters were more established and the actors seemed more sure of themselves (and their accents). The stories were better as well, and there was more consistent movement forward, as opposed to last season which seemed to drag and drag and drag. I thought that until this last episode, where the Bad Guy was defeated about 25 minutes in, and then they had another 25 minutes to meander around with short scenes of characters just winding down from earlier events. We didn't need such a long epilogue. Seriously. Anyway, it did set up some things for the next season.

This week I picked up Ingrid Michaelson's new album, Be OK [Actually, it's not her newest. I just thought it was. - ed.]. She's really ratcheted up her folk side on this one. Many of the songs are very stripped-down, including covers of "Somewhere Over the Rainbow" and "Can't Help Falling in Love," and an acoustic version of "Way I Am." It took me a second listen to appreciate this one...I'm not crazy about the covers, as she does that "pause before singing the next line and then because she paused she has to still fit it in" thing. You know that thing? That thing doesn't work when you do it this often. All in all, it is a good, mellow album.

I also listened to Joe Henry's Civilians this week, which was my first time listening to any of his music. Henry very much reminds me of Dylan, down to the voice. He pulls from a variety of styles including folk, blues, and country. I simply freaking loved this album, and there isn't much else that I feel like writing about it at the moment.

I hadn't been to the Mad Priest's place in such a long time that I'd forgotten how brilliant he is.

From around the web, here are a bunch of cats doing stupid things: