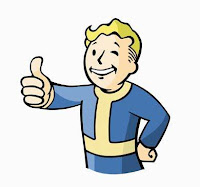 I haven't written much about my church on here in quite a while. I never have that extensively, but I think I did more often during the first couple years of this blog's existence. Oftentimes such posts would be about the struggles of a young pastor in a smallish church in a ruralish setting. Those who have followed this blog since those days probably remember, and if you haven't been around here that long or don't remember, they're back there somewhere.

~In the past, I've written about my attempts and frustrations about starting a senior high ministry. The past four years have seen plenty of starts and stops, hopes raised and hopes dashed. I was working uphill from the beginning: there was nothing when I came, there wasn't necessarily a high expectation that I would change that or that anything I'd attempt would stick mostly due to others' attempts and subsequent failure to stick, and critical mass has been hard to acquire given this church's size.

Our most recent confirmands are the oldest in an entire group of kids who are used to attending church functions. There's a younger group that does a lot of youth group-y things, for whom a continuation of that once they hit high school would just be a natural thing. We've had two activities so far since fall started, with solid-to-excellent turnouts, and even though I've said this to people in the church before, it looks like we really, really have a sturdy foundation on which to build something now. Really.

~We're doing mission work. A lot of mission work. We walk in the Relay for Life. We've sent people to New Orleans. We've built with Habitat. We truck over a sizable amount of food for our food pantry every month. Over the years, getting involved with these projects has helped cultivate a missional attitude and a focus on what we can do in terms of local hands-on service. In the past year, we've begun talking about initiatives that we can take to reach out to our community - building relationships in addition to meeting needs.

~We're in the midst of collecting a Time and Talent survey that we made sure to actually include talents and not just jobs to volunteer for. Assuming that we get a good response to it, it will be used as part of an asset mapping exercise that each committee, as well as the church as a whole, may undertake. We've had a lot of visioning discussion in the past year, and this is kind of the next phase. So right now, the jury is still out on this, but hopefully it yields a lot of positive things for the church.

~I'm going on sabbatical next spring. This may not sound like a "good for the whole church" thing, but I think it is for a couple reasons:
So there's lots of good stuff happening, and I want to be sure to celebrate it whenever possible.
By Jeff Nelson
Email ThisBlogThis!Share to TwitterShare to FacebookShare to Pinterest
Labels: Church, Ministry
Newer Post Older Post Home