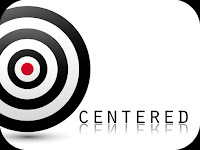 In Leaving Church, Barabra Brown Taylor coins the term "sabbath sickness," using it to refer to that restlessness that eventually seems to creep in as one observes sabbath time. Whether it's after ten minutes or a couple hours, she observes, our thoughts eventually wander back into the day's list of tasks. This is all well and good, we say to ourselves, but what else do I need to do before I go to bed?

This is something that we've absorbed through our modern culture. There's nothing to be gained by sitting still, by resting, by taking a few moments, a whole day, a week, to recharge. Sure, we take days off or vacations from jobs, but then there's laundry or dishes or grocery shopping or mowing the lawn or running the kids around. I don't have time for sabbath, and even if I do, that tasklist is going to be eating at me until I can start crossing off a few things.

Week One of my staycation ended yesterday, and it was a pretty good one. I hung out with Coffeeson on Monday, as we usually do. It was pretty rainy, so we didn't really go outside, but we had a good time nonetheless. Tuesday was my scheduled day at a retreat center in the area, which was something I'd really been looking forward to...I'll be spending some time there next spring for my sabbatical as well. The place is a few acres, complete with two labyrinths and a modest cabin-like retreat house tucked away at the back of the property. Unfortunately, I'd soon learn that the generator for the retreat house runs on solar power, and a string of overcast days combined with the place's recent heavy use made for a power-less generator. I salvaged my retreat day by spending time at a coffeehouse and then going grocery shopping.

On Wednesday I traveled to an area church that hosts contemplative prayer at noon every week, which was how Tuesday was meant to be spent. We were invited to invite a word to come to us, and then to meditate on that word. I had a couple come to me: "stay," "keep," and "carry," interspersed with images of Coffeeson. I was struck by the relationship between the words: they are distinct, yet similar in spirit. While I can perhaps point to how these words apply to current events in my life, I hesitate to explain it too much lest I lose the meaning. So I am content to allow them space to breathe and move, and I expect to make time this second week to reflect on them more.

The big news that came late last week are the dates for our house. We will be able to begin moving in the weekend before Thanksgiving. So this second week can be a time of packing and purging as well. I have some plans for what specifically I'd like to attack, so we should have a very good jump on this process.

This past Sunday was World Communion Sunday on the church calendar. It's one of my favorite holy days, and this was the third year in a row that I've taken this Sunday off. I haven't planned it that way, it's just how things have worked out. But I wanted to make a point of observing the day with a congregation, so I traveled down the road to a church once briefly yoked with mine, and joined in their celebration of that day. This somehow made the day seem complete for me.

So now we're into the second week of staycation, and there are things to be done: laundry, groceries, packing, and a wedding this weekend. We've had enough sunny days to make me confident that tomorrow's retreat day will go much better than the first.

And I think I'm getting sabbath sickness. As much as I've enjoyed the past week, being able to catch up on house chores and sitting down to read a stack of books, magazines, and newspapers, it's actually hard for me to envision another week without the routine that I had at the church. How is so-and-so doing? How'd worship go on Sunday? Maybe the mission committee should meet soon. I can only imagine what a five-week sabbatical next spring is going to do to me.

On the other hand, this is an important thing to realize and reflect on; probably the most important learning from this time off. And thus I make it one of the focal points of this second week, in between but also apart from other tasks.
By Jeff Nelson
Email ThisBlogThis!Share to TwitterShare to FacebookShare to Pinterest
Labels: Quotidian
Newer Post Older Post Home