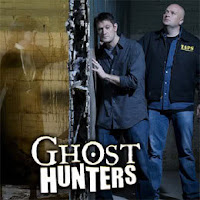 I've continued to read Home, though still slowly. I passed page 100 recently, and we've gotten hints of Jack's past actions and current concerns, thought they've been subtle. It is still too early in the story for that to be developed too much. Again, an afternoon in a coffeeshop may really get me into this book.

I've picked up Invitation to Love once again, now that my book study group has discussed the previously assigned chapters. The book is only 138 pages long, so I expect to be finished with it in the next week or so. Keating provides his own interpretation of the Beatitudes from Matthew, which he totally reads the monastic life back into. For instance, he takes "blessed are the poor in spirit" to mean that those who are not only poor, but who have consciously chosen to leave possessions "as God or others require," and instead place their trust in God, then they will be blessed. That's such a monk-ish interpretation. There are ways to infer from his other teachings about wealth that Jesus means such a thing, but considering all the time he spent with the downtrodden and outcasts, maybe the "poor in spirit" means the "poor in spirit," without a vow of poverty read back into it.

This year's live Ghost Hunters sucked. In years past, the SyFy network would set aside a 6-8 hour block of time on Halloween to follow the team around, with an online component for viewers to look at live camera feeds in rooms they weren't necessarily investigating at the moment. The idea with the internet was that people could write in if they caught a glimpse of something. So this year, I sat down to watch this live show, only to find that SyFy was counting down the five scariest GH episodes, with updates on the live investigation during commercial breaks. But people could still sit in front of their computers for 6-8 hours and watch the camera feeds. It was an incredibly lame, incredibly disappointing Halloween, and it didn't help that Michigan got blown out by freaking Illinois earlier in the day.

This Sunday's sermon is brought to you in part by Dave Matthews Band's "Funny the Way It Is." The official video for the song is a little odd, so I found a live performance instead: