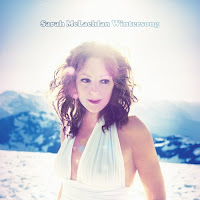 There's a part in Gilead where Ames writes about Jack attending worship, and he feels inspired to launch into an extemporaneous treatise on Hagar and Ishmael and their abandonment by others charged to care for them. This, of course, is an allusion to something in Jack's past. Ames expresses regret for it afterwards in Gilead, but in Home, of course, we get to read about it from the Boughtons' perspective. As one could guess, the incident gets all of them upset, and we read about trust being broken; the deep relationship between Ames and Boughton that should have produced reconciliation rather than what Ames did.

I got dragged to a late showing of New Moon this past weekend. To be honest, I was actually looking for a way to wind down after a long day of moving, so there was some willingness there. The line was just as long, but the screaming tweenies weren't nearly as abundant. We did sit right in front of a row of women in their late 30s or early 40s who'd gasp and giggle every time Jacob took his shirt off. Coffeewife called them the Cougar Brigade, which I thought was really funny. The quality of this movie was much better than the first, as was some of the acting. What was really helpful was that Coffeewife has talked about so much of this book over the past year or so that I actually knew what was going on and could keep up fairly easily.

We've been fascinated lately by a show on the Travel Channel called Man v. Food. The host, Adam Richman, travels around the country to taste local and regional specialties. But the feature of each show is him taking on a chosen restaurant's "food challenge." For instance, there was one episode serving a humongous breakfast burrito, the challenge being that if you could finish seven of them, your picture would go up on their "wall of fame." You get the idea. The guy has attempted to eat huge pizzas, burgers, & sandwiches, eat ridiculously spicy hot soup, and drink twelve milkshakes. One time he ate a 72-ounce steak. Sometimes he wins, sometimes he doesn't. Coffeewife and I always wonder how he doesn't weigh 400 pounds from eating all this stuff.

I broke out the Christmas albums earlier than usual, one of which being by Sarah McLachlan called Wintersong. It's been on my shelf for a couple years but I've never really listened to it much. It's a decent enough album. She interprets some standards in her own McLachlan-ish way, many of them slower and with some strings. She also covers a few popular songs such as John Lennon's "Happy Christmas (War Is Over)," which I didn't really like when Lennon did it either.