You didn't notice, but I left. I'm back now. 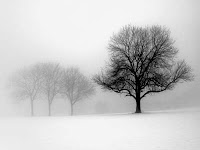 I took a few days off from the internet.

FREAKING SIX YEARS IN A ROW! COME ON!!

Actually, I was doing much more important things that necessitated a break from the internet as well. I'm typing this from my new home office, amid plenty of boxes. Yesterday was the Big Move Day, when the vast majority of our stuff was moved by two men and a truck from the company of same name. Today, I have to commute to my church for the first time in nearly five years of ministry there. It's only 2-3 miles, but still. I don't work next door any more. And I believe I'll be very, very okay with that.

We're hosting Thanksgiving this year, as sort of the big family christening of the new place. It's dubious whether we'll all fit in the new dining room, but we'll play that part by ear. The more important piece is that everyone will be together, helping to make this house a home.

As much as I love fall, this time of year right now, Thanksgiving week through February, is a renewing, life-giving time for me. And as many years as that's been the case, I've only recently realized it. I look forward to Thanksgiving, to Advent and Christmas, to Epiphany, to my ordination anniversary, to several family birthdays as well as my own, and even to the beginning of Lent.

In short, I'm looking forward to winter. It has its brutal aspects, especially in northeast Ohio, but there is much to be anticipated, starting with this week. Fall is a favorite as well, but this one was more of a mixed bag than usual.

So I left for a couple days, but you probably didn't notice. Now I'm back. And I look forward to the months ahead as we settle into the new house and into several new seasons simultaneously.
By Jeff Nelson
Email ThisBlogThis!Share to TwitterShare to FacebookShare to Pinterest
Labels: Blogging, Quotidian, Sports
Newer Post Older Post Home