Conservative Project to Re-Write the Bible 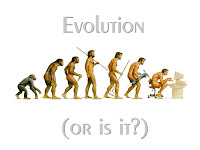 A friend sent me this. I only wish it was from The Onion. It is not:

CHARLESTON, W.Va. – The Gospel of Luke records that, as he was dying on the cross, Jesus showed his boundless mercy by praying for his killers this way: "Father, forgive them; for they know not what they do."

Not so fast, say contributors to the Conservative Bible Project.

The project, an online effort to create a Bible suitable for contemporary conservative sensibilities, claims Jesus' quote is a disputed addition abetted by liberal biblical scholars, even if it appears in some form in almost every translation of the Bible.

The project's authors argue that contemporary scholars have inserted liberal views and ahistorical passages into the Bible, turning Jesus into little more than a well-meaning social worker with a store of watered-down platitudes.

"Professors are the most liberal group of people in the world, and it's professors who are doing the popular modern translations of the Bible," said Andy Schlafly, founder of Conservapedia.com, the project's online home.

Later in the piece, a critic of this project states that "liberals put it in" is a chief criterion/excuse for disputing passages such as the mentioned prayer. What if, and I know this sounds crazy, but what if Jesus was a revolutionary kind of guy who did stuff like forgive his killers? What if he doesn't neatly fit a "liberal" OR "conservative" ideology? What if a prayer like this is beyond those labels?

Nope, liberals are wishy-washy and this prayer sounds wishy-washy. Surely Jesus would have prayed "Praise the Lord and pass the ammunition." That sounds more like his other teachings to pray for your enemies, that a hated Samaritan should be considered your neighbor, that prostitutes, lepers, & tax collectors are loved by God as much as anyone else. Oh wait, maybe all those passages are just liberal inserts, too.

Besides all that, here's the line from this article that really gets me:

"The best of the public is better than a group of experts," said Schlafly, whose mother, Phyllis, is a longtime conservative activist known for her opposition to the Equal Rights Amendment.

Yes. Pooled ignorance is more valuable and reliable than so-called "experts" with "degrees" and "20-30 years' knowledge and experience in their field."

I can't wrap my mind around this logic, and yet it gets trotted out all the time. Nowadays if you're too educated, too well-read, too experienced, you can't be trusted. Instead you get deemed an "elitist," and people would rather turn to sites like Wikipedia or to somebody who studies something as a hobby; somebody who knows something, but not too much.

Why go to a doctor when I'm sick, when I can just buy a bunch of books on home remedies and hope I can clear up my staph infection on my own? Why bother hiring a contractor when I can just download a couple articles, get a few of my buddies together, and build a house myself?

Moreso, of course, the expert is deemed an "elitist" if his or her views and conclusions don't match my own. That's what this boils down to. I sometimes think that the "ivory tower" accusation applies, but only if the person is being trusted to make decisions on the ground, so to speak. But the accused elitists here are people who are supposed to be holed up nitpicking every jot and tittle of ancient manuscripts.

And now these people's findings are too expert or too educated, so now it's up to people with little to no such knowledge to set them straight.