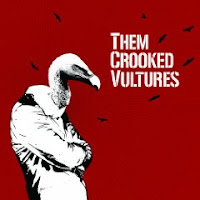 I found An Unquiet Mind to be a fast, engrossing read. Jamison describes her experiences with bipolar disorder as she recounts her struggles, her attempts to rationalize not taking medication, her "unsuccessful" suicide (an actual psychological term), and her addiction to the highs of her manic phases. I did have a couple gripes with the book. One was her repeated statements about how "mad" she went, or her "madness," or how "psychotic" she could be. While officially used terms, her use of them at times comes off like she's trying to whip up the drama, and her story doesn't need the help. In addition, it doesn't do much good for readers who are already frightened of people with mental illness to keep reading terms that have become horror film cliches. She actually devotes an entire chapter to her reasoning behind retaining these terms, acknowledging that many in the field wish to move on from them. Her rationale is that they are traditional words, to which I respond that connotations around words change. Shall we continue to call MRDD people "feeble-minded?" My second gripe is that she can go entire stretches with minimal mention of her illness. She talks about various relationships she's had, and long trips she's taken all over the world, without much of a tie-in to her struggles.

We watched Adventureland this past week. Set in 1987, it follows a college graduate whose plans to move to New York for grad school are derailed by his yuppie family's sudden need to cut back on finances. So he begins a job at the local amusement park to try to save up and pay his own way. Along the way we meet the quirky cast of other park workers, including Kristen Stewart as a potential love interest with a complicated background and Ryan Reynolds as a cool-cat maintenance worker. With the exception of Bill Hader as an overenthusiastic boss, the movie doesn't want to be a workplace comedy: it restrains itself from being a zany look into what it's like to work at an amusement park. It's more of a coming-of-age story that happens to be set in an amusement park, the type of genre that the 80s produced en masse. The movie is also good at not being self-aware: it recreates the feel and culture of the 80s without drawing attention to it. Having said all that, I'm not sure whether I actually liked this movie. The characters were plenty vulnerable--I can see why Stewart and all her fingers-through-the-hair-nervous-chuckle acting staples were chosen for this--but none of them were especially likable. On the other hand, growing up features a lot of experiments gone wrong and stupid, desperate decisions, which the movie has plenty of. So maybe I just didn't want to stay with them on the journey after a while. Or whatever.

I picked up the album by Them Crooked Vultures this week without hearing a single song of theirs beforehand. Why? Because I figured that when you put Dave Grohl, Josh Homme, and John Paul Jones in the same band, there's no way that that turns out to be a bad thing. I was pretty much correct in my assessment. I can hear all three influences on here: some songs sound rather Foo Fighter-ish, a couple even sound Zeppelin-ish. But the main influence seems to be Homme...I picked up way more of his vibes than anyone else's. And that's okay, because I really like his stuff. I took a chance here, and it paid off well.

Toothface, a blog by a third-year seminarian at Lancaster Seminary, has been added to the bloglist.

Here's one of those houses where the Christmas lights are cued up to a Trans-Siberian Orchestra song: