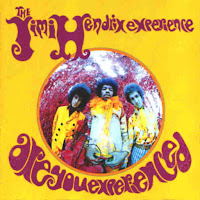 As I mentioned, I re-read Preaching Without Notes this past week. And I'm going to go ahead and get that going this weekend. It's been amazing how effortless the process has been, how easily I've slipped back into preparing this way. A big reason for that, of course, is that I actually took heed to some things in this book that I skipped over the last time. I recommend this book to anyone looking to preach without notes, and even to people who don't think they can do it.

I've returned to reading The Sandman graphic novels, having finished World's End this week. I might call this volume one of my favorites. Gaiman structures these such that each volume can be read on its own or in sequential order, and this volume is about a group of travelers who are stuck at a mystical tavern at the edge of all worlds, who tell stories to wait out the "reality storm" (a huge shift in reality caused by some metaphysical event). It would take me some effort to really explain this. At any rate, the stories told are incredibly well-done, and with the signature strangeness, charm, and brilliance of the Sandman series. Eventually, it is revealed that the "reality storm" has been caused by the death of a cosmic being...the travelers watch the funeral procession pass. The identity of the deceased isn't revealed, but there are more than enough clues for the reader to take an educated guess.

After that, I rushed upstairs and grabbed the next Sandman volume, The Kindly Ones. I'm not very far into it at all, but the introduction confirms what the reader suspects at the end of World's End.

I've been listening to The Jimi Hendrix Experience this week. It's been in my collection for years, but I had never really listened to it that much. This is Hendrix's debut album, containing a few of his classics like "Purple Haze" and "Hey Joe." And if you went only by what classic rock stations play, you'd think these and maybe one or two others were the only songs he ever performed. There are of course many more hidden gems on this album, and it would do people well to get beyond the couple of overplayed favorites that everybody knows, especially in this case to realize that this album features a trio and not just Hendrix. Mitch Michell, for instance, gets some excellent drum licks in. But you need the whole album to appreciate that fully. One other thing: has anyone ever noticed that Hendrix really isn't much of a singer?

I'm a Conan O'Brien fan. I do not think Jay Leno is funny. Back when I lived in the Central Timezone, I'd watch Late Night With Conan O'Brien every night, and when it was announced that he'd take over The Tonight Show in 2009, I was beyond thrilled. When it seemed as if somebody at NBC didn't want to let Leno go completely by giving him another talk show, it just smelled bad to me from the beginning. First, four talk shows in a row? Nobody thought that might be a bad idea? Second, did Leno build his audience in less than a year when he took over for Carson? At any rate, I'll watch wherever Conan's hosting. Here's Conan from the other night joking about the situation: