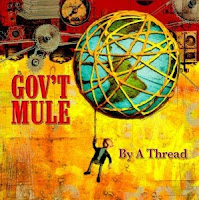 I finished Volume 9 of The Sandman, entitled The Kindly Ones. This is the longest volume, and a huge turning point for the series. Many familiar characters from past stories re-emerge; some meet tragic ends. Reading this very much felt like watching the last episode of Angel...there is resolution for some characters, things are left wide open for others, and still others don't make it to the end. All of it happens with this sense of foreboding and finality, and when the Big Moment finally comes, it's almost a relief.

I've also begun re-reading The Process Perspective by John Cobb. I re-read Cobb's introduction to process theology last year and meant to re-read this shortly after as a refresher, and now I'm finally getting around to it. This book is a "frequently asked questions" list about process theology, with a few pages of explanation at most for each question. Still, I think it assumes some advanced knowledge and thus isn't an introduction so much as perhaps a clarification.

This week I pulled out Our Newest Album Ever by Five Iron Frenzy. One of their songs popped into my head while I was pulling my sermon together. In the song "Every New Day," Reese Roper sings about being more idealistic when he was younger, and more willing to dream. It's basically a prayer to get that ability to dream back. There are plenty of other great songs on here as well, and eventually I felt compelled to listen to the whole thing.

I picked up Gov't Mule's latest album, By A Thread, this week. Truth be told, I've only heard maybe half the album, as I've been listening to it in the car. So far, this album has not made as strong an impression on me. The staple blues-rock sound is still there, Haynes' guitar-playing is still awesome, Billy Gibbons from ZZ Top even appears on one song. But there's a certain "been there, done that" feel to some of the songs. "Monday Mourning Meltdown," for instance, is an angry political song, but "Unring the Bell" on High and Mighty was done much better..."Meltdown" seems forced. There was another track that I just skipped over about halfway through because it wasn't holding my interest. Don't get me wrong, I've found plenty to like: "Broke Down on the Brazos" (with Gibbons), "Steppin' Lightly," and a few others have the punch that the Mule is more known for. Once I get through even one complete listen and then hear some of these again, I'm sure I'll appreciate it more. But in terms of favorite albums, Dose and High and Mighty are still your reigning champions.

Here's Laurel and Hardy dancing to The Gap Band: