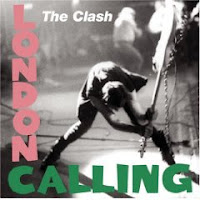 I'm still reading The Process Perspective. It's really not holding my interest that well, I must say. I'm just not in a place to pay attention to it. It may just be that I haven't chosen the best times to continue reading it. But it just doesn't excite me at the moment.

I've also been reading For the Love of God for my book study, the second section of which is entitled "The God Within." These are essays all about how God can be found with us or in us. The first essay in this section is by Lynn Andrews, an American Indian shaman, who provides this quote that I found helpful: "Life is not a belief structure; shamanism is a way of experiencing life that expresses the Great Spirit." There are, I believe, parallels to the Christian life in this quote. Faith and discipleship are less about a belief structure and more a way of experiencing God in Christ in everyday life and expressing that through how we live. I never would have picked up this book if it wasn't for my book study, but it's been informative and insightful to read all these snippets from other traditions and faiths.

We watched the pilot episode of Nurse Jackie this week. We were just flipping channels and it happened to be on. If you've never heard of this show, it stars Edie Falco as Jackie, a nurse who has been around the block a couple times. In the very first episode, she flushes the severed ear of an abuser down the toilet, shows that she's having an affair with a pharmacist, and is addicted to pain meds. Coffeewife has since been in conversations/arguments at the hospital about whether this is a worthwhile portrayal of nurses. There's also an overly peppy nurse fresh out of school who gets a reality check the first day, and a cocky oblivious doctor played by Peter Facinelli (OMG TWILIGHT~!). There's also a lot of theology in this show. The characters work in a Catholic hospital (even though I noticed in one scene in the chapel, a character is holding an Episcopalian Book of Common Prayer). Jackie reflects on a quote from Augustine, and the peppy new nurse wonders about how much pain God allows to happen in the world. So there's more theology in this show than there was on ER, which had an actual chaplain.

I've been listening to London Calling by The Clash this week. I'd never heard it and was feeling deprived. It's not the punk album I think a lot of people might expect if they just go off what they've heard from Green Day. The Clash have some jazzy riffs and play some ska, among other things. It's such a diverse album.

Here's a graph from GraphJam: