"The Mark of Failure:" A Reflection for Ash Wednesday 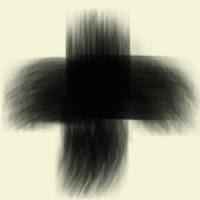 When Time Magazine celebrated its 25th anniversary, it featured the theologian Reinhold Niebuhr pictured on the cover. It was actually a painting of him, looking off somewhere pensively. Underneath his picture was probably the more striking feature of the cover, which was a caption reading, “Man’s story is not a success story.”

Back then, of course, it was just after World War II. The world had been given the news of some 13,000,000 people murdered during the Holocaust. It had seen the effects of two atomic bombs dropped in Japan, and even though some may argue that that was the right move it was still at best a “necessary evil.”

Today, this quote may be strange to the ears and eyes. “Man’s story is not a success story.” Sure it is! We’ve made so much progress! We’ve experienced such advancement in technology and communication. How could anyone possibly say that we haven’t been successful?

There are multiple meanings for failure, at least as Niebuhr probably saw it. Even in the midst of all this technological advancement, we’ve still failed often and at times in spectacular fashion to love God or creation or our neighbor.

Consider those aspects of technology that alienate us from each other rather than bring us closer. In some ways we actually have less human contact with one another than before, let alone anything resembling real relationship or empathy.

Consider societies’ tendency toward sweeping their less fortunate, troubled, or embarrassing members under the rug. Consider the physical, financial, or psychological support that we deny them for a multitude of reasons.

Consider how often we react with irrational fear toward those who are different from us, some to the point of violence.

Failure could also be a failure to love ourselves. We humans suffer from a tremendous amount of pride that blinds us to our faults; keeps us from admitting mistakes, showing vulnerability, or asking for help. Some of this comes from a radical individualism that we’re often encouraged to adopt. We tend to sweep our own imperfections under the rug so that no one will see.

Psalm 51 is a psalm of failure. Notice the heading: David wrote it after being confronted about Bathsheba and the horrendous actions that he undertook to cover it up.

This is a psalm that acknowledges God as the source of transformation. He writes things like, “Have mercy on me,” “Wash me thoroughly,” and “Cleanse me.” The writer is even haunted by sin: “my sin is ever before me.”

The heart of the matter, the big petition included in this psalm is this: “Create in me a clean heart, O God, and put a new and right spirit within me.”

Ash Wednesday is the day to confess our failures. It’s a time to be humble, to remember and admit our mortality and limitations. The objection, which kind of illustrates the point, is, “I don’t want to spend so much time feeling bad about myself.”

The good news of this season is that we don’t remain in this mindset.

This season is about reorienting our lives around what God is doing in Christ.