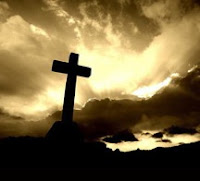 A few years ago, I took a test meant to determine my best “learning style.” The best minds in education who make it a point to study how people learn have come up with a handful of these learning styles. Some people learn best by seeing, others by hearing, still others by doing, or through music, or reading, and so on. It is not uncommon for one to have at least two of these as their primary learning styles.

So I took this test, and the results indicated that I am primarily a literary learner and a bodily, or kinesthetic, learner. In other words, I learn best by reading and by the experience of doing.

I can point to many examples of how I’ve learned kinesthetically. I’m a big “trial and error” guy; I’m willing to just pick up the tools and figure things out. Ironically, at times I ignore the instructions at the expense of my literary learning style. I’d rather just get into something and either glory in my triumph or reorganize after I mess something up. At least, I tell myself, I’ll know one less possible way to do it the next time.

Today is March 29th. It is the 10-year anniversary of a crossroads moment in my faith. If you're a regular reader, you’ve heard it before. I’ve mentioned it many times. Maybe you’re tired of hearing it. But the reason that I keep telling it is that it was that big of a deal for me.

I thought about re-writing the story, but doing that didn't make much sense. I don't know what could be accomplished by such an exercise. Not everyone with whom I've shared this story--some of whom are fellow Christians--believes that things like this are possible. Telling it again doesn't seem worth it.

I will tell you about a recent revelation I had about that moment, though. If you recall, I've been thinking about some regrets from that time in my life, and I think I've discovered the common thread.

When I went through that time of serious doubt, where God and faith didn't make much sense and bringing myself to pray made even less sense, I really should have stepped away from Christian groups on the spot in order to figure stuff out. What I did instead was subject everyone else to my time of questioning in sometimes overt and sometimes more indirect ways.

I questioned all sorts of stuff about campus ministry activities: vision, direction, philosophy, emphasis. I cautioned against becoming too comfortable or treating "success" like a sign of God's will. I expressed open worry about looking like idiots. I called people out on judgmental behavior. As I look back now, I can see how these sorts of moments may have been my "acting out" of my deeper questions; my method of trying to make sense of the world amid so much uncertainty and anxiety. I was going to get through this by doing rather than stepping back and thinking things through.

By the time I had my experience the night of March 29th, 2000, the damage had been done. I was a theological and ecclesiastical pariah. I'd asked one too many questions and pushed back one too many times. I remember an "accountability" conversation with someone who was trying to set me straight where I shared my experience, and it was callously dismissed. At that time, it was too late to change people's minds about my perceived wandering from the faith, even though by that time I'd never felt so sure of my own.

The rest of the year, I learned some things about how people in faith communities react to others who don't square up with their belief system. I've written about this stuff as well, and I've actually made peace with that, so I feel no inclination to rehash it.

The bigger point is that I reacted to my own faith crisis by bringing others along with me, in a manner of speaking. I was actively working it out in front of everyone, even if they didn't know that that was what was going on. Even so, I learned about being prophetic, about a community's predisposition to love and support people who act and believe like everyone else and, most importantly, what real faith is in times of desperation and despair. Maybe "acting out" this crisis wasn't the best or healthiest of ways, but I learned so much because of it.

I learned all of these things through experience, and not through a book, sermon, Bible study, or cliched piece of advice. I think it's the only way one really can learn what faith is at its core. Of course, I may be biased on that last point.

I don't know how else I'll mark today. I don't know if I really need to do anything. I do like that this anniversary falls during Holy Week, a few days before observing the events of the cross and celebrating the resurrection. Just the other week, I preached on how death makes resurrection what it is; resurrection without death is a hollow joy at best. We don't need the joy of resurrection until we're in the midst of some kind of death.

Today, I celebrate in deep joy. I celebrate the drama of cross and resurrection that has played out in my own journey, and that probably will again in different ways.
By Jeff Nelson
Email ThisBlogThis!Share to TwitterShare to FacebookShare to Pinterest
Labels: My Journey (so far)
Newer Post Older Post Home