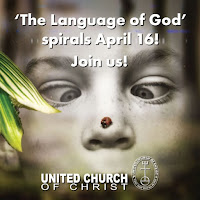 More sad news about iMonk - The situation has only gotten worse for Michael Spencer, aka the Internet Monk:

At the encouragement of our oncologist, we have opted to discontinue treatment. He said the chemotherapy was not working, and it would actually be doing a disservice to Michael to continue. We are now receiving help from our local hospice. We know we are in good hands with them, and we are at peace that we have made the best decision under the circumstances.

Several people have already suggested various alternative treatments. While we appreciate their concern and helpfulness, we have discussed this possibility and Michael does not want to try anything else. Please pray for strength and acceptance, for trust in God, for minimal pain and for a peaceful passing.

It really was not that long ago that Spencer had been regularly writing, commenting, interacting with others. This has progressed very quickly, and it's incredibly sad.

The Spencer family seems to have some peace about the decisions that they've made, and I as one who only knows or cares anything about this from a great distance can only affirm that.

Trying...to...get...excited... - The United Church of Christ is coming out with a new viral commercial (except they're using the word "spiral," because "viral" has a negative connotation) that will be released on the internet on April 16th. UCC members are being asked to link or embed the ad on Facebook, blogs, and all those other wonderful social networking media:

Called "The Language of God," the new 90-second video commercial invites people to explore more deeply what it means when, in the United Church of Christ, we say "God is still speaking," Through a rapid-paced experience of images, music and soundscapes, the ad encourages us to broaden our concept of when, where and how God is speaking in the world.

Okay. Did you read the whole article? Yeah, I've got some issues.

First off, my best understanding of a viral campaign is that it just happens. There's no pre-advertising for it, there's no long, drawn-out "Are you ready yet? Are you? How about now? Are you ready now? Look out, here it comes! Almost! Are you ready now?" The promotional card that people are being invited to order is one example of this pre-commercial commercial silliness. Another comes in the form of "fans" of the UCC on Facebook being encouraged to use some pre-released stills from the commercial as their profile picture a few days before the release. All of this flies in the face of what a viral campaign is meant to be: sudden, subversive, and causing the viewer to stop and wonder about what they just saw.

Second: 90 seconds? Most TV commercials aren't that long! And again with the whole idea that viral ads are supposed to be sudden.

Finally, UCC members are being asked to get excited and tell all their friends and fellow church members about something they haven't seen. Why would I do that? Why would I endorse or recommend something I know next to nothing about? Seems I may only be setting myself up to have to justify my support, even or especially if I myself end up not liking it.

I don't know, man. I love the UCC and all, but lately the ridiculousness of their "Support the institution! Rah rah rah!" stuff while attempting to be hip has really been grating on my nerves.

Well played, Bishop Willimon - The other day, I wrote about some things that have been annoying me about Christian Century, particularly a recent article by Will Willimon. These things still annoy me, but I have to give Willimon props for his latest:

At large church meetings there is always someone who seems to derive perverse delight from pointing to the tragedies that the rest of us more calloused ones missed. At one such meeting, we'd been working for three days—struggling with depleted resources and disappointed by the less-than-adequate outpouring of aid for various world problems. We were preparing to end the meeting and head home when a dreadfully earnest participant grabbed the microphone.

"I think it sad," she said, "that in three days there hasn't been mention of the horrible tragedy of landmines in Iraq." A sigh arose in the room. "Children are being maimed. Many of these landmines were purchased from the United States, put there through our tax dollars."

An already deflated meeting rolled over and died. Look at us. We were so busy eradicating killer diseases, curing malaria, raising $3 million to solve AIDS, funding the pensions of suffering African pastors and sending water purification systems to Haiti that we missed the one good work that could have certified us as a church that really, really cares.

This was my experience of General Synod last summer. "We're striving for justice in all these different areas, but you people missed one. HOW COULD YOU~!?"

There is nothing wrong with raising awareness, with expanding one's knowledge of the seeemingly endless atrocities that are being experienced the world over. But individuals, groups, and even entire denominations only have so much time, energy, and resources to give. And how many accusations of willful ignorance or inaction are simply moments contrived by a person or group more interested in wanting to feel offended or self-satisfied?

Mea culpa, Bishop Willimon. I liked this one.

Rosenberg is subjective and biased? Surprise! An Atlanta sports blog, Braves & Birds, picked up on some Michael Rosenberg hypocrisy. You may remember Rosenberg from such hit jobs as the article about Michigan football coach Rich Rodriguez going way over practice limits (which turned out to be an hour every once in a while), among so many other columns he's written about RichRod meant to paint him as evil incarnate.

On the other hand, Rosenberg really likes John Calipari:

REFUSE TO LOSE. It sounds like such a simple, inspirational phrase for a team -- and it can be. But it also describes the man. He's a scrapper, and will weigh all of his options besides losing.

Calipari has done the most remarkable coaching job of this season, and nobody is close. Think about it: He convinced John Wall, Xavier Henry and DeMarcus Cousins to come to Memphis, inserted clauses into their letters of intent so they could go somewhere else if Calipari left, convinced Memphis to keep its Notice of Allegations from the NCAA quiet for three months, took the Kentucky job before anybody knew about that notice, then convinced Wall and Cousins to join him in Lexington. That is refusing to lose.

B&B points out that these paragraphs aren't entirely accurate, but also then offers some commentary as well:

Rich Rodriguez is a dirty bastard because your investigation uncovered the fact that Michigan was practicing five hours on certain days instead of four and quality control assistants were watching some summer skeleton drills. John Calipari is an inspiring fighter even though he has left both UMass and Memphis on probation and came within a whisker of winning a national title with multiple players who apparently cheated on their SATs. If you're going to be a moralist, then be a moralist. Don't pick on one guy for running a stop sign and laud an arsonist because the arsonist is a smooth salesman and and the bad driver isn't. Your credibility as a writer sorta depends on whether readers think that your opinions are based on something other than completely subjective judgments about people.