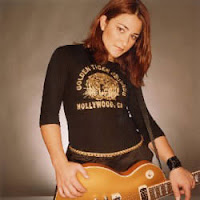 The other day, I did something that I thought I'd never do: I went through my "friends" list on Facebook, and deleted probably 30 people. For the most part, these were mild acquaintances at best; mostly people who'd pledged my fraternity or its corollary, yet whom I'd never met. It made sense to add them at the time, but our relationship wasn't moving forward in any meaningful way, and I haven't been back to Heidelberg since my brother's graduation.

I never thought I'd do this because I'm the type of person who doesn't let go easily. On any other day I might have looked down through that list and thought, "Well, something may change someday." Maybe, I'd reason, I would run into these people at some point and befriend them on a level deeper than any online social networking site could make possible. Maybe. But not likely. And so I opted to let them go. As a result, the front page of updates seems less cluttered somehow; more meaningful. It turned out to be a good decision almost immediately.

There were a few others whom I deleted. And if you told me years ago that these people would be among those on the chopping block, I wouldn't have believed you. Nevertheless, I made the decision to let them go as well. These were people involved intimately in those stories of growth, frustration, questioning, and pain from years' past. These were people with whom I'd fought and eventually reconciled. A quiet truce and a rebuilding of relationship had happened between us. And so, why not be friends on Facebook, the method of the moment to mark true friendship, or so we're told?

As I scrolled down my list, I happened upon these names. Who were we to one another now? I'd never really struck up a conversation with them online. Our re-connecting had not blossomed past the same stage as my technical fraternity brothers and sisters. We were friends in an arbitrary sense, the hatchet long buried from years ago, and yet without much to fill the void.

So I clicked the X, feeling some regret but also some release. It was time to let things go; time to realize that it was okay to acknowledge the transitions that relationships experience. Facebook isn't and shouldn't be the barometer for such things, but in our current reality there is at least a lot of symbolism caught up in who your friends are in that medium, much like who you include and exclude from the guest list for your wedding.

Friday morning, while I was snooping around Youtube for the Raze video to be included in yesterday's meme, I was struck by a random curiosity to look up videos by the band Skillet. Before that, I hadn't listened to Skillet in 9-10 years. They began as a Christian grunge band, late to jump on the wagon for that particular sound as many Christian artists are prone to do. They morphed into an industrial/techno/rock outfit, and the last I heard of them they'd continued to pursue that sound.

Yesterday morning, this was the first video that I watched:

I was overcome by an entire wave of emotions for which I wasn't prepared, and which I still don't understand. Music simply has that power over me--as it does for many--and some may simply attribute the emotions to that. But I had to take a step back and think about what was being stirred up.

In the larger scheme of things, this is not the first Christian artist that I have rediscovered the past several weeks. Jennifer Knapp recently came back into my consciousness, albeit less for her music at first and more for her coming out. And neither of these artists seem to identify primarily as "Christian" nowadays, at least in the industry sense of the word. Regardless, two representatives of a subculture with which I used to identify strongly have burst back into my awareness, have presented themselves as something worth listening to, something worth reclaiming as part of my current faith journey rather than being relegated to a stage long past that I'd rather leave where it is.

All of this, I think, was mixed in with the thoughts and emotions that the above video evoked. It was the music, but it was the baggage that the music brought with it. And not only that, but it was about the redemption of that baggage; its reintegration with my sense of self as a human being, as a person of faith, as a child of God as something life-giving and not just something to leave behind.

I don't regret the decisions that I made on Facebook. There are some things that one can let go and have it be for the best. And it may be that some day certain people come back into my life in a more meaningful way than that site makes possible.

There are things from one's past, after all, that can be reborn. They can be reborn and give new life in ways one cannot yet imagine.
By Jeff Nelson
Email ThisBlogThis!Share to TwitterShare to FacebookShare to Pinterest
Labels: My Journey (so far)
Newer Post Older Post Home