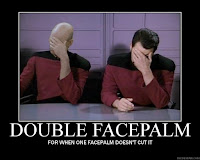 The Dead Sea Scrolls, according to Glenn Beck:

When Constantine decided that he was going to cobble together an army, he did the Council of Nicaea, right, Pat? Council of Nicaea, and what they did is brought all of the religious figures together, all the Christians, and they said, “OK, let’s put together the Apostles’ Creed, let’s, you know, you guys do it. and so they brought all their religious Scripture together, that’s when the Bible was first bound and everything else. and then they said, “Anybody who disagrees with this is a heretic and off with their head!”

Well that’s what the Dead Sea Scrolls are. Dead Sea Scrolls are those Scriptures that people had at the time that, they said, “They are destroying all of this truth.” whether it’s truth or not is up to the individual, but that, at that time those people thought that this was something that needed to be preserved. and so they rolled up the scrolls and put them in clay pots and they, they put them in the back of caves. no one could find them. they were hidden Scripture because everything was being destroyed that disagreed with the Council of Nicaea and Constantine.

That’s what those things are.

The Dead Sea Scrolls were found at Qumran among the remains of what was believed to be a 1st Century (that'd be pre-Constantine by a couple centuries) Essene settlement. They're Jewish texts, not Christian.

The Council of Nicaea was formed mainly to deal with controversies related to doctrine about the two natures of Christ. They wrote the Nicene Creed, not the Apostle's Creed. And they didn't discuss the compilation of the Biblical canon...that was at the Council of Trent in 1546, a good millenium after Nicaea.