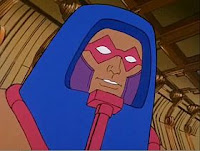 As I mentioned the other day, Greg has been questioning when pastors are described as 'real.' An excerpt:

The concept of the 'pastoral persona' is what I find most interesting. In fact, it got me to thinking about what other personas I have. We show different faces to different people depending on trust level and what we want to get out of different relationships. Sometimes we show the wrong face to the wrong person. Sometimes we need to. Here's a list of the personas I run around with any given week. I feel that I need to preface this by saying that none of these guys are two-dimensional. They are all genuine sides of one person as he seeks to relate to other genuine sides of other people.

~Pastor Jeff (of course): Pastor Jeff might be one of the most cheerful people you've ever met. He wants to talk to you. He's interested in your life with all its ups and downs. He wants to make sure you're 'doing okay.' You can count on him cracking a few jokes on a Sunday morning and he'll gladly invite you into his office if you need to talk to him. However, he's not a pushover. He doesn't come to every single church function because he's also a family man and for him to be cheerful and joking he needs some time off. He's stern in a gentle way, trying to push others to embrace church programs and he'll talk to you about controversial issues without brow-beating you. He's creative, knows the Bible, and perhaps even a little irritating with how damn happy and nice he is.

~Introvert Jeff: Introvert Jeff usually likes to take over as soon as Pastor Jeff leaves the office. He wants to curl up with a book and a cup of coffee or glass of wine and is wondering why you're calling. He despises the ring of a telephone and thinks caller ID is the best invention ever. If you leave him alone for too long, he'll start thinking about people he didn't like in high school. He loves to think, to solve the world's problems all in one sitting (or at least understand one or two a little better). He feels the need to study up for the next argument, because he didn't like how the last one ended. If you try to talk to him, he'll reply with little more than 'Hm' or 'Really?' Can't you see he's journaling or watching pro wrestling? What's with you?

~Class Clown Jeff: Class Clown Jeff is Pastor Jeff, but he's allowed to have beer and fart. He's theatrical and loud and is more inclined to tell you exactly what he thinks. He'll even make fun of you. He sings Creed songs in a humerous mocking manner and quotes Family Guy a lot. He hosts parties, plays board games, makes fun of movies, and will sing karaoke with you. He'll do the Chicken Dance and YMCA at weddings. He's self-deprecating, flirtatious, and exaggerated. Enjoy him while you can, because Introvert Jeff is ready to take over the second he walks out.

~Blogger Jeff: Yes, incredible that this is a separate persona, isn't it? Blogger Jeff is confident in his writing and wants you to know that he has an opinion. In one sense he's the big payoff to all of Introvert Jeff's hard work. He's a little more free with speaking his mind and likes being clever. He also likes talking about himself. He'll engage you in dialogue respectfully until he sniffs out disrespect, however slight, in the other's writing. Then he'll either start dishing it back or drill his point into you to clearly show you that YOU are the idiot, not him. He's sensitive and proud and wants to be taken seriously.

~Cynical Jeff: Yeah, someone had time to write all this crap out and in the meantime a dozen people just died of AIDS. Like anyone really cares how many 'personas' some guy has. What, does he need his ego stroked that much? People are starving and all of you are sitting on your asses in a comfortable chair looking at a computer screen. This is just like church, man. All these pretty people patting themselves on the back for dropping an extra $10 in the plate. That'll go to fund the light fixtures. Feel better now that you're truly suffering for humanity? Yeah, blogging is important work. We gotta be prophetic and give the poor a voice. Here's a thought: go and actually talk to poor people. Whatever.

~Buddy Jeff: Like Pastor Jeff, Buddy Jeff wants to make sure that you're okay, except this is primarily for friends and family. He worries about his aging grandparents and misses his aunts who live far away. He hates it when he misses a chance to send a card on someone's birthday or anniversary. If he sees something at the store that he thinks you'll like, he'll buy it. He helps friends struggling with rent and willingly gives as many hugs as it takes. He wants to do right by you, wants to be liked, and sometimes ends up paving his own road with good intentions. He makes his wife tea when she's sick and tries to make it to his brother's plays. He wants to help you out.

I just thought of something. You know the color wheel? Three primary colors, three secondary colors made from two primary colors, all that stuff? I bet I could set up a 'persona wheel,' with Buddy Jeff, Class Clown Jeff, and Introvert Jeff being my three primaries and Pastor Jeff, Cynical Jeff, and Blogger Jeff being my secondaries. How might that look? I'll figure that out later.

It's a slow day in the office.
By Jeff Nelson
Email ThisBlogThis!Share to TwitterShare to FacebookShare to Pinterest
Labels: Vintage CC
Newer Post Older Post Home