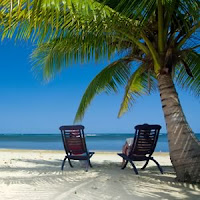 I've been thinking about burnout lately.

I'm fine, just so you know. But this has been a rather unique summer in terms of pastoral situations that have called for my attention. There's been a lot of them. They kind of piled up for a while. Things seem to have calmed down now, but how things have played out over the past two months has caused me to revisit my thoughts from this post that I wrote during my sabbatical. After quoting some points made in the book I was reading at the time about sustaining a long-term pastorate--most of it related to self-care and good boundaries--I wrote this:

That's not to puff myself up or anything. There seems to be a good portion of pastors who don't know or practice a lot of this. Ludwig shares that 1300 pastors leave ministry every month, so obviously there are a decent-sized number of us who aren't putting these safeguards in place.

I'm very fortunate to have had many of these things constantly a part of my ministry; constantly drilled into me as healthy practices for every pastor to observe. So essentially, reading this chapter was very anti-climactic for me. It means that I'm already doing the things that make a long-term pastorate possible.

That's not to rest on my laurels, but to recognize and be thankful that I already know the types of things that I need to be concerned about. In that sense, I suppose that I should simply feel affirmed.

At the time, of course, I wasn't in the week-in, week-out responsibilities of ministry. I didn't foresee how the summer months--usually a fairly dead period in my year--were going to go. On top of that, I look toward the program year coming up in September, and it's going to be busy: senior high stuff, confirmation, a new pub discussion group, more mission opportunities, possible changes to worship. All that on top of the basic stuff like sermon prep, visits, and meetings. There was actually more that I was planning, but I know that I have to hold off. All this is enough; it's all I can do without the possibility of heading into a nosedive energy-wise.

An article on clergy burnout appeared in the New York Times the other day, which reads in part:

But while research continues, a growing number of health care experts and religious leaders have settled on one simple remedy that has long been a touchy subject with many clerics: taking more time off.

“We had a pastor in our study group who hadn’t taken a vacation in 18 years,” said Rae Jean Proeschold-Bell, an assistant professor of health research at Duke University who directs one of the studies. “These people tend to be driven by a sense of a duty to God to answer every call for help from anybody, and they are virtually called upon all the time, 24/7.”

As cellphones and social media expose the clergy to new dimensions of stress, and as health care costs soar, some of the country’s largest religious denominations have begun wellness campaigns that preach the virtues of getting away. It has been described by some health experts as a sort of slow-food movement for the clerical soul.

Okay, right off the bat: 18 years? We already have a Messiah, dude.

Besides that, I honestly can't fathom not taking all my allotted time off. That's the benefit of all that self-care/boundary stuff. But in light of how the summer has gone and how fall is looking, I'm realizing the importance of doing so in a whole new way. There can come points when a pastor can become so caught up in the amount of programs, needs, and ongoing tasks that taking time away seems like abandonment. How will any of this get done if I'm not around, we ask. That's the sort of attitude that leads to some schmuck not taking a vacation in 18 years. And it may be one of the reasons behind 1300 pastors leaving the profession every month.

I've come to realize how intentional this sort of thing needs to be. I always realized it, but now I realize it in a new way. I have this vacation coming up where I originally was going to take Sunday to Saturday off, and be back the very next day to preach and lead worship. Many other pastors reading this may spot the trouble with that right away. In case you didn't, here it is: how restful can a week's vacation be if one has the prospect of preaching and leading worship the day after it ends? It would have been in the back of my mind all week. So now I'm taking that next Sunday off as well. I have the time to use, so I'm going to use it.

Essentially, that's what this article is saying, too. You have the time; use it. Or don't expect a long-lasting and/or healthy ministry career.
By Jeff Nelson
Email ThisBlogThis!Share to TwitterShare to FacebookShare to Pinterest
Labels: Church, Ministry
Newer Post Older Post Home