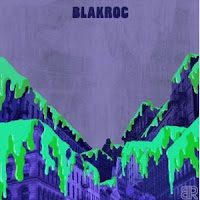 I've started reading Left to Tell by Immaculee Ilibagiza. The author is a survivor of the killings in Rwanda, and this is her story of living/surviving through that, particularly how her faith sustained her in the midst of it. I'm not very far into the book yet. She spends the first few chapters talking about her family, and the seeds that their European occupiers sowed that eventually led to what happened. That's all the further I am at this point.

We saw Inception this past week, starring Leonardo DiCaprio as the leader of a group that enters people's dreams in order to retrieve information. The world in which the film happens implies that this is a known and somewhat widespread practice, and that high-profile people who may be targeted for it go through training to defend against it. DiCaprio's group is eventually hired to enter someone's dream in order to plant an idea in his mind and thus get him to make certain decisions once he wakes up. Along the way is a lot of discussion about how dreams work and what elements within them mean. There are enough things that happen that causes the viewer to wonder when dreams stop and reality begins for the characters, just as some of the characters wonder themselves. Coffeewife and I found ourselves comparing it both to Shutter Island (yet another trippy DiCaprio movie) and The Matrix.

I've been enjoying a couple new CDs this week. The first is Blakroc, which is the collaboration between The Black Keys and a handful of hip hop artists. I was excited for this album back in the winter, and finally got my own copy. The tracks with Mos Def and Nicole Wray are probably my favorites.

I also got the newest album from Widespread Panic, Dirty Side Down. There's a harder edge to some of these tracks that was missing from Free Somehow, and I've read some comparisons to some of their earlier stuff. I really like "St. Louis," which I've heard has long been a live favorite, but I also may be biased.

I'm getting really excited for a new HBO show called Boardwalk Empire, coming this September. When I saw this and other previews for it, it was like The Sopranos all over again for me. Take a look:

Here's a mash-up of the trailers for Inception and Toy Story 3: