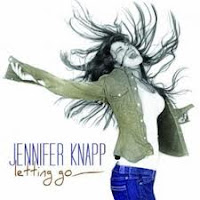 I've been reading Illusions: The Adventures of a Reluctant Messiah by Richard Bach. You may recall that Bach is also the author of Jonathan Livingston Seagull, which I read a few weeks ago. In this book we meet Richard and Don, two pilots who have a series of conversations about existence. As it turns out, Don is a messiah (there have been and/or are others) who got burnt out on the job and decided to fly planes instead. One of Don's main complaints about his position is that people only really wanted to see him do miracles and didn't really care about his message, which is apparently that anybody can do the same miracles if they'd just accept that they can. The boundaries of the world are illusions, and we can do anything we want to do, if we really want to. So Don's messianic message is part The Matrix and part The Power of Positive Thinking. This was a bestseller back when it was released, and the Amazon reviews are glowing. No wonder: it seems pretty shallow and feel-goody to me.

We watched Date Night this past week, starring Steve Carell and Tina Fey as a married couple stuck in a huge rut: their kids wake them up too early, their house is a mess, they get in each others' way during the morning routine, they come home from work exhausted, they forget that they'd scheduled a date night ("Well, we can go ahead and go, I guess...unless you're too tired? No? Are you sure you're too tired? Well, okay, we can go. So long as you're not too tired. No? Okay, let's go."). This whole part of their lives is presented with the same sort of comedic touch with which Office Space presents cubicle life, and had Coffeewife and I rolling. But that's just the first 15 minutes or so. They eventually decide to go on a very special date night in New York (they live in northern New Jersey...there's a reference to Teaneck, which is really close to where my grandparents lived) and get mixed up in some mob stuff, bonding and saving their marriage in the process. This was easily one of the funniest movies I've seen this year.

We also watched The Runaways this week, a biopic about the mid-'70s band of same name that got Joan Jett and Lita Ford their starts. Kristen Stewart stars as Jett, and is mostly able to hold off on her typical lip-biting and hair -tossing mannerisms to play a badass groundbreaking musician. Dakota Fanning plays lead singer Cherie Currie, and the movie mainly deals with the relationship between Jett and Currie, as well as Currie's slow descent into heavy drug use and eventual recovery (because really, what movie based on a musician's life doesn't feature that storyline?) Besides that, the movie touches on the point that a band like The Runaways was unheard of at that point; that an all-woman group playing electric guitars was just not something that many thought was possible, let alone acceptable. It was an okay film. Stewart got top billing, but Fanning provides all the heart and gravitas. I wish the movie had spent more time with the music and what this band meant to the culture.

And we also watched Night at the Museum 2. Ben Stiller is back as Larry Daley, who has given up his job as the night guard at the New York History Museum in order to patent a glow-in-the-dark flashlight. Eventually he's reeled back in when the tablet that brings everything to life is inadvertently shipped to the Smithsonian in Washington D.C., where a bad Egyptian pharaoh exhibit wants to use it for badness. It was an amusing family comedy, as one would expect it to be.

I picked up Jennifer Knapp's new album, Letting Go. She has her familiar sound, but there's something about the tone that is different. This is not an explicitly "Christian" album, but there is something implicit in these songs about her faith journey, I think, alongside stories of love and her wondering whether she'll be accepted. For instance, the first stanza from "Inside:" "I know they'll bury me before they hear the whole story/even if they do well, I know they won't care to/chalk it up to one mistake, or God forbid they give me grace/well, who in the hell do they think they are?" This is as spiritual an album as she's ever made. Not everyone will see it or want to see it, but it's there.

While playing around on Youtube looking for clips of bass players, I stumbled upon a French band called The Inspector Cluzo who, ironically, do not have a bass player. In fact, one song indicates that they don't think very highly of bass players. They're a guitarist-drummer duo that are part rock, part funk, part crazy, and part awesome. I ordered one of their albums the day I discovered them. Feel free to judge for yourself: