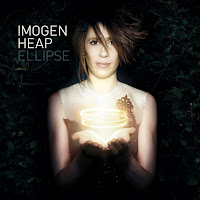 I'm still reading The Undertaking. Last week I observed that these stories are as much observations about life as about his profession. I realized after the fact the significance of the subtitle: "Life Studies from the Dismal Trade." Dur hur. I shouldn't have been so surprised once I started reading. At any rate, Lynch devotes an entire chapter to Dr. Kevorkian near the end of the book, or at least the larger issue of assisted suicide. He puts it into the larger issue of being "pro-life," essentially calling for a consistent ethic when approaching such matters. He cites four issues--abortion, assisted suicide, war, and the death penalty--and observes that people who are against the first two are generally in favor of the other two, and vice versa. He observes that choice comes into play for the first two on one "side," while the sanctity of life is highlighted by the other. The sanctity of life is also then cited by people who oppose war and the death penalty. Eventually, he says, "Where choice is enshrined we must suffer the choices. Where life is sacred we must suffer the life." And then somebody reading this says, "Yeah, but it's more complex than that..." and Lynch's frustration with a lack of consistency continues. I found it a thought-provoking chapter, as I think many would.

I'm also back to reading Stories of Emergence, which you probably don't remember I'm reading for a book discussion group that I'm a part of. I'm currently reading the second section, which deal with worldview crises. The chapter that I've found most striking is by Frederica Matthewes-Green, who talks about her journey into and eventually out of feminism. She describes her entrance into the movement; finding a cause to believe in and advocate for. But eventually she's turned off by what she describes as claiming a victim status with an air of superiority (this is her experience, not necessarily true of all feminism everywhere). Eventually, she comes to realize that we're all wrapped up in sinful behaviors and systems together, male and female, with no one better or worse based on gender. This was the most memorable essay in this section for me.

Boardwalk Empire premiered this past Sunday, starring Steve Buscemi as Nucky Thompson, the treasurer of Atlantic City during the start of Prohibition. As it happens, Thompson is also incredibly corrupt, running his own liquor operation alongside pretty much every other elected official in town, as well as the mob. Younger versions of notable gangsters appear, such as Lucky Luciano and Al Capone. This first episode was directed by Martin Scorsese, and it really did have a Sopranos-esque feel to it. Thompson is already being presented as a multi-dimensional character not without some heart, as he seeks to care for a poor pregnant woman (even if, for him, part of that means...um..."removing" her abusive husband). The very last shot of the episode is him visiting her after she lost her child. So clearly, this isn't going to be just a gangster show, much like that other HBO show that I and many others will inevitably compare it to. Having said that, however, I think this show will stand on its own quite well, and those comparisons will fade quickly.

In a moment of "it was at the library and sure why not?", I've listened to Songs in A & E by Spiritualized this week. I'll give it to them that they have quite a musical range, but I found a lot of these tracks to be plodding, short on any groove. I did like a few tracks; "Soul on Fire" is a good one. I tried to imagine a scenario where I would feel the urge to pop in this album, and the only thing I could come up with was when I want to sit in the dark drinking by myself. I don't think many people would consider that an endorsement.

I've also been listening to Ellipse by Imogen Heap this week. A lot of these songs are stripped-down musically, with Heap's voice doing some of the heavy lifting. But unlike Spiritualized's album, they seem to be going somewhere. She does make use of some electronica, which does get heavier along with usage of other instruments. It's not an "acoustic" album by any means...it just has an uncomplicated vibe to it. Think Sarah McLachlan when she appeared with Delerium on the song "Silence."

Finally, I've been listening to Volume Two by She & Him this week. The "she" is Zooey Deschanel, actress in movies such as Yes Man, Almost Famous, and Elf. I'd never really listened to her music before this week, other than the singing she does in some of her movies. The group has a sound reminiscent of mid-60s soul and folk artists, which works very well with Deschanel's voice.