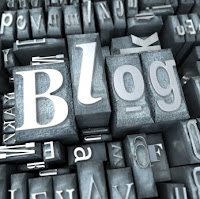 Last week, Real Live Preacher called it quits. That's the end of a blogging era, man. His blog commanded quite a following. It produced several books and retreats, and at least a few hundred people touched by his writing in one way or another, including me.

When a blog like that ends, you start to wonder about this medium. Suddenly there's a big hole in the blogosphere that'll be impossible to fill.

The thing is, the blogosphere has suffered several of those lately, at least from where I'm sitting. Michael Spencer of Internet Monk died earlier this year; even though there are others trying to continue his legacy, it ain't the same. You can't convince me that it is. Letters from Kamp Krusty has been AWOL (again) for close to a year. Pastor Dan apparently abdicated Street Prophets.

I really don't have much left in terms of go-to blogs that I check daily any more. A Church for Starving Artists and MGoBlog are really the only ones left standing that fit that description. Sure, I have a couple dozen listed over there, but I don't do nearly as much intentional blog-reading any more. My must-read list becoming so short is one contributing factor. These are the blogs that have influenced me the most in terms of finding my own writing style and using this medium to its fullest potential.

There was a time when I read about 5-8 blogs each day - most of them posts about church life or faith, with an occasional venture into blogs by moms or chocolate lovers. I don't have time to do this anymore.

It's not at all that I don't care what's going on in the lives of Cheesehead or Zoecarnate or Sarcastic Lutheran. I actually care more than ever. But I don't have time to check in every day.

My own blog numbers are down too, and so I suspect that others are feeling the same.

Our grown kids have blogs about travels and college life. My brother was thinking about starting a plumbing blog. If everybody has a blog, does anyone have time to read them?

One of the commenters at Jan's place wonders whether Facebook and Twitter have become the new online communication tools to replace blogs. But here's the thing: I don't view those others as being the same. I don't even think they're in the same league. Facebook is to see how your friends are doing; Twitter is to write little 140-character blurbs that I still don't understand anyone's reason for reading. But with a blog, you're really writing. You're writing about your daily life, your career, your dog, your hopes and dreams, your questions about the universe, your favorite sports team. You're writing long prose, or poetry, or brief snippets, fiction, non-fiction, rants, notes of appreciation, analysis, meaningless drivel. You can't do that on Facebook or Twitter (well...you can do it on FB, but does anybody really use it or care?).

I've been at this space for nearly six years. The thing is, I feel like I've really been writing my best stuff only in the past year or two. Look back over my first years' worth of posts...most of it is crap. No, really. I feel like I've only recently started to hit my blogging stride.

So all of this is to say that I'm still here. I'll be here for a while. I don't have a huge audience, but I'm still grateful to those who do read, and that this outlet is available for it.
By Jeff Nelson
Email ThisBlogThis!Share to TwitterShare to FacebookShare to Pinterest
Labels: Blogging
Newer Post Older Post Home