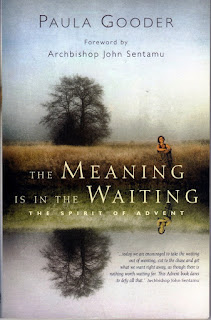 I'm still reading The Search for God and Guinness. The latest chapters I've read give some history of the Guinness family, particularly the various heirs who ran the company for the first couple generations. Each successor did his best to innovate; to make use of the latest techniques of the time to expand business. At the same time, they all made it a point to care for their workers and for the surrounding community. The potato blight really helped turn Dublin into a horrendous place to live, and so the company doctor visited workers' houses and wrote a report to present to the board, resulting not only in the company changing practices to meet their needs but also the needs of non-workers. For the Guinnesses themselves, this intentionality to help the people of Dublin was informed in part by a Christian upbringing. Arthur really took to the Wesleyan way of things: down-to-earth evangelical faith mixed with a call to service. While not every generation of Guinness were influenced by the same tradition, they nevertheless saw needs that they could meet, and made it a point to steer the company in that direction.

I started The Meaning is in the Waiting by Paula Gooder. Yes, it's an Advent book. Yes, it's early October. By this point in the year I start thinking about Advent, and am always after new resources to address familiar themes. So here's this year's selection. The book is set up like a devotional, with brief scripture selections and longer reflections. But it can also be read as just a series of short selections on grouped-together themes as well. There are no designated dates for each reading, nor are there short prayers at the end of each entry. The overall theme is waiting, of course, and the selected texts are drawn from the lectionary and other familiar Advent-related places, grouped into four general headings: Abraham and Sarah, the prophets, John the Baptist, and Mary. Gooder reflects on Advent being a time of waiting for something that will come but has also already come, and how the discipline of waiting may truly prepare us for the arrival of Christmas. It has been very helpful, and has my gears turning for preaching during this fast-approaching season. As an aside, my book has a different cover than this one, and the foreword in my copy was written by Lauren Winner rather than Archbishop Whoever. So there's another edition out there. I just couldn't find a good pic of the other edition to use for this entry.

I finished Stories of Emergence for my book discussion group. The third section is all stories of faith crises. The one that stuck out for me was that of Jay Bakker, son of 1980s-era megapastor Jim. Bakker's story is one that includes his experiences of the fallout from his dad's imprisonment, featuring many trusted friends turning their backs on the family. This only reinforced for him the notion of a God of "conditional grace" that he had grown up hearing about. This belief along with what his family experienced led him to a time of depression, but eventually also rethinking the notion of grace and what it really means. This book as a whole was not revolutionary for me; I resonated with some of the stories, but there was a warmed-over feeling to it for me.

I rediscovered my Project 86 CD this week. I've been in a mood for loud grinding music lately.

Here's a church doing the Holy Ghost Hokey Pokey. I couldn't make it through the first minute, but thought I'd give you an opportunity to beat my record: