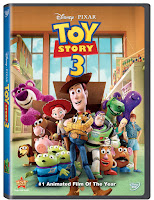 With less than a hundred pages to go, The Fellowship of the Ring has finally been growing on me. The felt need to mention so many names of people or places for no other reason than adding (and adding and adding) to backstory is still incredibly irritating. That, and skipping the songs makes reading go faster. There's been more movement in the story as well. That said, of course, it'll probably be a while before I decide to pick up The Two Towers.

We watched Iron Man 2 this past week, where Tony Stark is even more narcissistic due to his newfound fame as Iron Man. At the same time, the device in his chest that has been keeping him alive is also starting to poison him, which only seems to fuel his devil-may-care style. Eventually, he runs up against Ivan Vanko (Mickey Rourke), a physicist who holds a grudge against Stark for what the company did to his father. Chaos ensues. Samuel L. Jackson and Scarlett Johansson show up in support roles as part of a secret organization called S.H.I.E.L.D. that keeps tabs on people like Iron Man. Their appearance plants a few more seeds for an eventual Avengers movie, including one brief scene after the credits. The banter between Stark and a few other characters is one of the best parts of the movie; I was left wondering how they even rehearse that stuff. It was as strong a sequel as I've seen, and that's saying something especially for a superhero movie. If I had one gripe, it'd be that Stark doesn't really learn anything during all of this. He's never humbled, he doesn't seem to grow at all. It's just, "Well, this sucks...oh good, everything's okay again. I'm going to be the exact same person either way." But maybe that's asking too much of what was meant to just be a summer popcorn flick. In that sense, however, I'd rank it down the list behind the two newer Batman movies (and the 1989 one), the first two Spiderman movies, the first two X-Men movies, and a few others where the hero(es) deals with his/her flaws.

We also watched Toy Story 3 this week. Andy is about to head to college, and the toys are relegated to a toybox, largely forgotten. Andy's mom tells him to figure out what's going with him to college and what's going to the attic. A few misplacements and miscommunications later, the toys end up at daycare to be abused by toddlers. There are a bunch of new toys, including Lots-O'-Huggin Bear, who turns out to be not all that huggy. This film seemed very different from the first two...it was darker, I thought. Still well-written, still with silly moments. But there were some other moments that were pretty sad, and one or two that'd be scary for little kids. It wasn't a bad movie, just distinct from the others.

Here's an Xtranormal video about seminary: