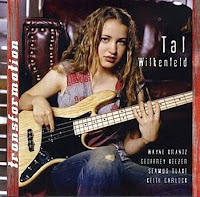 I'm less than 50 pages from the end of The Fellowship of the Ring, and for whatever reason I just can't sit down and do it. It won't leave me, as if it has some sort of control over me. The only way to truly be rid of it is to drop it in the fire out of which it was formed, lest Sauron use it for his own evil purposes. We must travel to the far mountain region of Bawitdaba, at which time we shall meet the good people of that land. Lion-O shall accompany us, he and the mighty Chewbacca. Vouchsafe, we must travel in the shadows or be discovered by the Heffalhumps and Woozles that will no doubt seek to overtake us.. 'Tis the only way we will be rid of this dreadful curse forever. Gird your loins, friends, and take only that which may be necessary. But fear not, for I carry the Sword That's Missing Its Handle. Although it is painful to hold, I know it will do us well, for it was forged by Man-At-Arms himself. Onward, my brave companions!

We went to the midnight opening of Harry Potter and the Deathly Hallows, Part 1, because I still like to pretend that I'm still 19 years old sometimes. Since this story is broken into two parts, the film could afford to include more details and move at a slower pace. And that's good, because I forgot just how much needed to be included. In a wizarding world now controlled by Voldemort and the Death Eaters, the three main characters begin an adventure to find the remaining horcruxes and destroy them, learning about the Deathly Hallows and Voldemort's quest to find them in order to control death. The movie does a lot to set the mood; just how much everyone, including the other Death Eaters, live in fear of Voldemort. There is a strong theme of tolerance for people who aren't like you in its illustration of near-fascist conditions established by those newly in charge. The movie takes its time; even had an epic feel for me by the end. One of the best HP movies made, I think.

During one of the many times I've seen Shrek the Third, I started to wonder, "What's that song that plays while Shrek is being locked up by Prince Charming?" As it turns out, it's "9 Crimes" by Damien Rice. So, I got the whole album, simply titled 9. The rest of the album vacillates between slow & reflective and more uptempo rock. At heart, Rice seems to be more of an acoustic, folksy guy, even on the faster tracks. I'm thinking I'd like to check out more of his stuff.

I picked up Tal Wilkenfeld's debut CD this week, Transformation. I was cruising Youtube one day for bass solos and came across some of her stuff. She's 24, she started when she was 16, and her skills are just ridiculous. Of course, you hear plenty of that on this album, surprisingly her only one as a solo artist to date. She does tour with other acts a lot, particularly Jeff Beck in recent years. Anyway, an amazing artist and a great album.