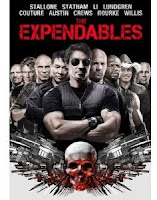 I finished The Girl with the Dragon Tattoo, and found it highly enjoyable. Lisbeth is quite a unique heroine: she's incredibly distrustful of others, has little to no sense of social pretense, and has a practical philosophy that doesn't take legality or others' feelings into account at all. She'd been run over by the system while growing up, and feels no obligation to give anything back to it now that she's older. Besides that, the story repeatedly calls for an increased awareness of the abuse and exploitation of women...while the stats given are usually specific to Sweden, it's not to hard to imagine those stats appropriated to other parts of the world.

So, I liked Dragon Tattoo so much that I moved right on to the second book in the series, The Girl Who Played with Fire, which picks up right where the first left off. Lisbeth is spending some time in the Caribbean, Blomkvist is still dealing with his newfound Woodward/Bernstein-like status. But then a few people from Lisbeth's past start plotting together to take her down. I haven't made it too far into this one yet, but I'm just as sucked in as I was with the first. It's been a long time since a book series was this engrossing for me.

We watched The Expendables this week, starring Sylvester Stallone, Jason Statham, Jet Li, Mickey Rourke, Steve Austin, and a host of other tough guy action star types. Stallone's character is head of a group of mercenaries who get hired by Bruce Willis' character while they also have a short conversation with Arnold Schwartzenegger's character to go take down a dictator in South America. There's tons of explosions and gunfire and elaborate fight sequences. There's a slight plot, but why let that clutter things up too much? In other words, it's a brainless action movie that winks at the audience. Hopefully a sequel can get Jean-Claude Van Damme, Steven Segal, Chuck Norris, and Dwayne Johnson on board as well.

Boardwalk Empire concluded its first season this past Sunday. It set up some things very well for next season, as Nucky benefitted well in the short-term, but some of his closest allies began plotting against him in this final episode. We finally got the backstory of how Nucky's family died, which I thought was a very well-paced and acted moment for Buscemi. I've read that some people aren't ready to buy Buscemi as being able to carry the weight of his role, but that scene showed that he can handle himself quite well, I think. It was a great first season, and I can't wait until it comes back, presumably next fall.

Both Over the Rhine and The Decemberists are releasing new albums next month, for which I am giddy. GIDDY~! And why don't I have OtR's Christmas album...?

Here's the music video for "Miracle" by Matisyahu, which features a hockey-based interpretation of the Maccabean revolt: