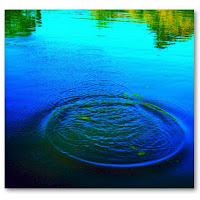 "If you’re the pastor, you’ll probably find yourself saying, “I can’t believe it’s been seven years!” And if you’re anything like those four pastors who came to me for spiritual direction, you’ll start feeling some stirrings that will blossom full-blown next year." - Israel Galindo, Staying Put

I've become somebody's mentor. I didn't mean to. It happened completely by accident.

I remember the first time he walked into the church. Young guy, mid-20s, tall, well-kept. He wandered in behind his family who'd been attending off and on for a few months by that point. Politely and pleasantly, he shook my hand and said "good morning," and took his seat in preparation for worship. After the service, I clearly remember him saying "thank you" as he moved through the greeting line. The next week, he said "thank you" again. This happened for at least the first month that he attended, eventually on his own and without prompting from others.

A few months later, he sent me a letter saying that he wanted to join. For the first time of many, we met for coffee to talk about it. He'd never been baptized to his knowledge, so we determined easily that that would be the way it would happen. The day came, and his extended family joined in on the celebration, expressing thankfulness to me that he had made this decision. As a side note, I learned that I went to elementary school with one of his cousins. She'd even attended the baptism and commented to him afterward that I looked familiar. Small world.

Anyway, his curiosity abounded. He had all sorts of questions about theology, the Bible, Jesus, the church, the UCC. I happily engaged him, all the while sipping from mugs in area coffeehouses. At some point, he began to discern a call to ministry, so we started talking about that process as well.

Eventually, he found an apartment in a nearby town. It was simple, which fit his life philosophy. He's a simple guy; he appreciates a lot of things that many of us don't see on a daily basis because we're so caught up in our own stupid trivialities. What we ignore, he embraces. It's been but one of his gifts to me. Anyway, one of the first times I visited his place to talk about the Gospel of Mark, whatever passage we were studying inspired him to launch into story after story about his background, becoming so animated and passionate that he needed to stand up in order to express himself properly. So I'm sitting on the floor of this apartment, Bible open in front of me, watching and listening to some of this young man's life history. And it was sometime during this moment that I realized that I'm doing exactly the sort of ministry that I want to do.

Our meetings continued. I helped get him started in a lay ministry program. I guided him as he prepared to preach to our faith community. I began to consider how the church may create a short-term apprenticeship position for him. I don't know when exactly it happened, but I'd become a mentor. I still don't completely know what to do with this realization, other than to treat it with care. But that's the only conclusion I've reached so far.

Some time later, life became difficult for him. And I don't want to say too much about this because it's not my story to tell. Setback after setback after setback. The church helped. It wasn't enough. At perhaps his lowest point, we lost contact for a week or so. The church helped again, this time in a bigger way. Combined with some other things, it was enough. Things are getting better, and he and I praise God together for it.

It was during that week of silence, however, that took me on my own journey. I was hating his situation, I was hating that I couldn't do more, I was hating that he was out there dealing with it, not knowing what to say or how to reach out. But I was also wondering. I was surprised by the depth of loss that I was feeling alongside him, in part because we were out of contact for a time. On one level, it was a friendship thing. Pastors inevitably befriend church members, boundary training be damned. Call me out on that, advise me to be careful, right, I get it. Thanks. But as a pastor, I wanted to do more because he was one of my people, and I've reached a point where when something happens to one of my people it causes my heart to ache in a way that may not have been possible five or six years ago.

I think that these are the type of "stirrings" to which the above cited article alludes. You stay in one place long enough, and the relationship changes and deepens. In my case, I freak out. I freak out because I'm not used to being around the same people for this long. I freak out because I realize that we're still together doing our thing, and what do I do to keep it going if that's what I'm supposed to do?

The last kid from my first confirmation class just graduated high school. Some things I started years ago are going well; others, not so much. We're doing well here, we're not doing well over here. This person has moved more into the center of my line of vision, this other person has moved more to the perimeter. I've started preaching through the three-year lectionary cycle...again. A thing I thought had resolved a need is now on shaky ground. In a few more years, this other thing is going to be in major trouble; am I the one equipped to deal with it when it happens? I invent, I re-invent, I envision, I re-envision, this works, this used to work, this worked for a year and no longer works. And all of it has been done with the same people, the same shifting and deepening and frustrating and uplifting set of relationships.

The beginning of May of this year, we started using Powerpoint in worship. It started on Easter during one small portion of the service, and it went over so well to the point that many suggested, "Why don't we just put the whole service up there?" By the end of spring, we were and are. People can read along with prayers, scriptures, and songs, and I hunt down a half dozen or more pictures every week for slides where no reading is required. Finally, my visual learners have more to hold onto during worship. We're just beginning to explore the creative possibilities with this medium.

It took 6 1/2 years of laying the groundwork for that to happen. 6 1/2 years of deepening relationship and building trust and planting seeds. It was the sort of move that I never would have expected to be possible, and after that long it became so. It's the sort of major worship change that signifies how far we've come together, our collective comfort level.

It's also brought a feeling of arrival for me. I have these from time to time, but this is a big one that I don't totally understand yet. A projector in worship is a significant shift for this church, and a significant shift for my ministry where I am. It's the type of shift that has caused me to take stock of where we've been and what we're currently doing: embracing technology, becoming more modern in philosophy, engaging in mission. I'm now burying people I've known for a fairly long time. I'm watching kids I brought up through confirmation and senior high activities graduate and get married. I'm watching older church pillars step away from activities and struggle more and more with canes and walkers. I'm wrestling with faith issues alongside others in coffeehouses, pubs, and sometimes while sitting on an apartment floor.

I consider all of this and feel stirrings. They're stirrings about how long I've been at this, how long I've been in relationship with these people, what has become possible as a result. And I can only give thanks and see what happens next.
By Jeff Nelson
Email ThisBlogThis!Share to TwitterShare to FacebookShare to Pinterest
Labels: Church, Ministry, My Journey (so far)
Newer Post Older Post Home