The UCC and God the Father 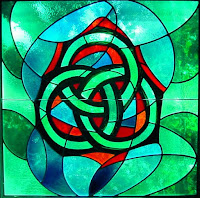 One of the big outcomes of the United Church of Christ's General Synod 28 at the beginning of July was its approval of changes to the Constitution and Bylaws to move toward unified governance for its boards at the national setting. There are currently five such boards, and these changes will slim those down to one board of 50 members. The 27th General Synod in Grand Rapids approved making this move, and this vote was approving the details of how that will happen. There were, of course, objections to the overall concept that people voiced at this latest Synod, while others focused on the specific makeup of the board and whether minority groups would be adequately represented. Nevertheless, it passed, and we move toward this new model.

In addition to those changes in the Constitution and Bylaws, there was one other change that has received a lot of attention, both during debate at Synod and since:

Delegates at the United Church of Christ's General Synod 28 recently voted overwhelmingly in favor of amending the denomination's constitution so that the phrase “heavenly Father” will no longer be present anywhere in its text.

Delegates passed the proposal 613 to 161 in favor of the changes to the text, as reported by UCNews. Ten delegates abstained from voting.

Okay, right off the bat, notice how this change is being represented. This article, for instance, presents this as if it was the main change that was debated. The article does mention the unified governance changes later, but it's as if that was just a minor discussion held after the fact. Many other online articles present this in similar fashion, as if the UCC, in its latest act of liberalest liberalism, has rejected (some say "banished") the image of God the Father.

The perpetuation of this version of events has helped along by Biblical Witness Fellowship, a reform group within the UCC:

The Biblical Witness Fellowship, a group of UCC pastors and church members that was formed in response to “UCC's theological surrender to the moral and spiritual confusion of contemporary culture,” made their disapproval of the decision clear. David Runnion-Bareford, executive director of BWF and a leader who supported keeping “heavenly Father” in the language of the constitution, spoke out on the organization's website before the vote was taken in Tampa, Fla., last weekend.

“Rejecting God as Father in an age of fatherlessness is unthinkable,” he said. “God acted toward us in amazing grace when He offered to be our Father through the sacrifice of his Son, Jesus Christ who offers us life in his name. This is not something we as humans made up in some other time. Rejecting our Father is act of arrogant rebellion in the name of cultural conformity that only further alienates members, churches, but more importantly God himself.”

The reasoning given for the change to begin with is the multitude of images for God both in scripture and tradition, both male and female. Father is one among many, though it has been given prominence down through the ages particularly because Jesus used that image quite often, to say nothing of implicit and explicit patriarchal reasons. But in addition to masculine imagery there are many feminine images as well, such as mother (Isaiah 42:12, Numbers 11:12, Isaiah 46:3-4), seamstress (Nehemiah 9:21), and hen (Matthew 23:37), among many others. At various points God is also a tower (Proverbs 18:10), an eagle (Deuteronomy 32:11), a rock (Psalm 95:1), a fortress (Psalm 31:3), light (Psalm 27:1), and a bear, lion, & leopard (Hosea 13:6-8). Yes, they really are in there. So charges of arrogant rebellion are greatly exaggerated.

Besides that, nobody seems to be looking at this in terms of what the language was changed to, that being the triune God. Think about this: a single image among many for God was removed and a doctrinally traditional description of God held by many Christians--including, no doubt, the members of BWF--replaced it. God is now explicitly referred to as triune instead. Considering how often I've heard the ABSOLUTELY HILARIOUS joke that UCC really stands for "Unitarians Considering Christ," people like Runnion-Bareford should be jumping for joy about this affirmation of the Trinity, of whom one member is God the Father (or, if you prefer, Creator, Parent, etc.). God the Father is implicit in this language change, just as the Trinity is implicit in his complaints about the change. The UCC is charged with parting ways with historic Christianity, so surely somebody can explain how affirming the Trinity does that, right?

If that wasn't enough, let's consider for a moment Runnion-Bareford's specific charge about moral and spiritual confusion. Somebody from BWF can correct me on this, but I presume that this has to do with the smorgasbord of spiritual options available in American culture, from which many pick and choose at will. As a result, among other things, the identity of the Christian God can become murky. Thus God as Father becomes important in this age because it it gives God a specific identity that is faithful to traditional Christianity, the same identity that Jesus often gave God. It is a very clear definition of who God is. This is the argument as I understand it.

Well...the Trinity gives a very clear and more narrow definition of God as well. In fact, the UCNews article linked above mentions that an objection was raised to this change for that reason: perhaps some individual members and churches would find this doctrinal description too constricting. This change still gives God a clear and historically-held Christian identity that includes God as Father among other images.

From where I'm sitting there really isn't anything to complain about here. But people like Runnion-Bareford will complain and the UCC will continue to be presented as the most liberally liberal denomination, even when it's not really acting as such.
By Jeff Nelson
Email ThisBlogThis!Share to TwitterShare to FacebookShare to Pinterest
Labels: Bible, Theology, United Church of Christ

Why did the change occur? Because some people objected to the image of God the Father as being patriachal and sexist.

By making the change, are not the UCC endorsing that view as being true? And if we don't think the image of God the Father is sexist then why would we agree with the change?

Some people do object to that image for that reason, yes. Others simply cannot relate to a father image in general. Luckily, as I pointed out, scripture contains a plethora of images for God and we are not restricted to one. As I pointed out, "Triune God" includes God the Father anyway, so this is a tempest in a teacup.

Excellent post, thank you. I've heard the charge "Unitarian Considering Christ" so many times. A credo in God the Triune is more meaningful (and more radical for the theologically "liberal" UCC to make) to me than a credo in God the Father. For the reason you make: the Trinity the Father, Son, and Holy Spirit.

I heartily agree with you: this is a tempest in a teapot, which seems almost purposely designed to stir up trouble among the fellowship. Very well written and thoughtful analysis of the issue, BTW. Keep going forward in faith, in hope, and in love!

My problem with this is my problem with the UCC's approach to "inclusive" language in general; namely, it's not - not inclusive, that is. And I hasten to add that I'm no kneejerk fundamentalist but appreciate and regularly use expansive and alternative language for God and humanity.

But "inclusive language" was originally intended to add more images to traditional ones, and the UCC's practice has been to discard traditional imagery completely (see The New Century Hymnal). That's a slap in the face to our many older members for whom familiar imagery is comforting and spiritually meaningful - not to mention disrespectful to the Christ we claim to follow, who regularly called God "Father." (And for all the alternative imagery in scripture, as you rightly point out, God is never "named" Mother or anything else in the same way as Jesus' calling on Abba-Father.)

Why cut out a certain image, just because it isn't meaningful to every single soul? Why not just add other images to broaden the scope? But no, that's not what we do, unfortunately. Cutting out "heavenly Father" and replacing it with "Triune God" does NOT "include" father-image, at least not anywhere near explicitly. It says "father" is no longer acceptable but has to be replaced - not enhanced, not added to, but replaced.

This is just another ham-handed effort that winds up cheesing off some people - which could easily have been avoided with a little thought and sensitivity. But no....

What would you have done in this instance, Steve? Would you have left it alone? Would you have amended it to read something like, “A Local Church is composed of persons who, believing in God as heavenly Father, Mother, Creator, and/or Parent, depending on which image one relates to the best?” Maybe leave this image alone but find some other place in the Constitution to use a Mother image?

It's interesting to note the context of this change, that being the definition of a Local Church and a commonly held belief held therein. One thing that hasn't been discussed is the implications of this whether it's "heavenly Father" OR "triune God." This article defines something to which all people within a congregation, it is assumed, adheres to. Given that, is a belief in a heavenly Father more or less descriptive of Christian faith than belief in a triune God? I would argue that, whichever is included will automatically exclude some, whether they can't relate to Father imagery or whether they can't affirm or understand the doctrine of the Trinity. People are excluded either way.

This is the problem of "inclusive" language no matter what is or isn't said.

I still say this is ham-handed and done with little thought to the repercussions that would inevitably come. It's rather interesting that this same Synod approved the agreement on baptism, whereby we clergy are at least "encouraged" to use the traditional formula "in the name of the Father, and of the Son, and of the Holy Spirit" because that identifies us as holding to an orthodox Trinitarian faith and only that wording makes UCC baptisms acceptable in other churches. Which is it going to be?

To respond to your specific question, why didn't they just refer back to the wording of the Preamble and say something like "...persons who, believing in the God revealed in Scripture..." or perhaps a more accurate inclusive version of the opening of the Statement of Faith like "believing in God the Eternal Spirit, called Father by our Lord Jesus Christ."

But frankly, isn't this another generation's battle? You self-identify as "emergent"; isn't all this picayune language hoo-hah the province of Baby Boomers and Builders, something from another era? When are we going to move beyond the selfish identity politics of "if he's got his term/turf, then I'm darned well going to get mine, too"?