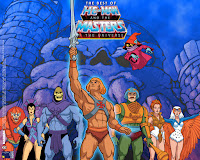 Special Announcement: I'm thinking of having this feature go from weekly to biweekly. There are some weeks where I just haven't read, watched, or listened to enough to justify one, and I think that the current frequency puts more undue pressure on me to produce something in between regardless of quality. So, expect that to happen probably.

I'm still reading Cutting for Stone, and I think I'm finally far enough into it that I can offer a real opinion. Are you ready? Here goes: this book is...okay. Marion and Shiva Stone are twins born to a nun who dies giving birth to them. The father, a surgeon named Thomas Stone, abandons them, and they are adopted by the other two doctors who work at a mission hospital in Ethiopia. This is set against the backdrop of political turmoil in that country in the '50s and '60s, which occasionally weighs down the narrative. It's a hard line to walk when writing historical fiction, and certain parts have had my eyes glazing over. The detailed descriptions of medical procedures and terms have done that as well: Marion and Shiva, along with their parents, spend their lives immersed in such an environment so a certain amount of that is to be expected, but at times it reads like a textbook. The story itself, however, is pretty compelling. It's told from Marion's point of view as he tells of his special connection to his brother, growing up in a doctor's home, coming to grips with his biological father's absence, falling in love, political upheaval, and eventually needing to escape to America. That's where I am now in the novel. I want to see it through, but I won't list this among my favorites.

Gordon Atkinson wrote an amazing post about silence at the High Calling.

We have Netflix through our Wii console, which for the most part only offers either stuff that came out years ago or stuff we've never heard of that probably went direct to DVD for good reason. However, there are some diamonds in the rough such as every Phineas and Ferb episode and, more recently, all the original episodes of He-Man and the Masters of the Universe. Ask Coffeewife how I reacted when I found those, and she'll say a bunch of embarrassing things about me. For the past week or more I've been taken back to my living room in Galien, Michigan, playing with action figures and anticipating the start of each new episode. I've introduced it to Coffeeson, who loves it as well and regularly asks to watch the next one. I must admit a few things, though: at times the show is unintentionally hilarious. The show is nearly 30(!) years old, so the animation is...limited. The plots are also sometimes quite silly, along with the "life lessons" at the end. But this is the central show of my childhood TV viewing, and I'm still enjoying the crap out of it.