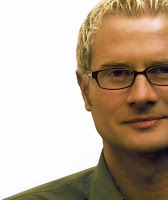 We apparently suck. Last month, Rob Bell announced that he's leaving his position as Teaching Pastor at Mars Hill Bible Church in Grand Rapids to pursue other ministry projects. Apparently, some on the more Evangelical side of things were/are hotly debating and discussing this move. Tony Jones observes that people in mainline churches haven't seemed to voice opinions on the subject, and he takes a stab at why:

On occasion, I speak to groups of mainline clergy (believe it or not, I don’t get evangelical invitations anymore). As is my wont, I drop Christian cultural references here and there when I speak. And it’s become clear to me that most mainline clergy have never heard of Rob Bell. They don’t know what the emerging church movement is. They don’t read Jesus Creed. In short, they are not familiar with anything evangelical, with the possible exception of pastors who appear on CNN, like Joel Osteen and Rick Warren.

Of course, some mainliners have heard of Rob, and maybe even read his book(s). But, as a whole, mainliners read the Christian Century, and they read their own denominational magazines, newsletters, and websites. They don’t read Christianity Today, where news of Bell’s departure was, ahem, big news.

Oh, we mainline types...so sheltered and inbred and out of touch.

In fact, I know many mainliners who have used Bell's NOOMA videos and have read his books. When the UCC's General Synod gathered in Grand Rapids two years ago, there was at least a little speculation as to whether Bell would be invited. It may be younger types in particular who have heard of him and appreciate him, but nevertheless...yeah, we have.

An observation made by several commenters on this article has to do with length of stay: people involved with mainline traditions are used to pastors moving on from churches every so often. In that sense, Bell's departure is not strange to most of us. On the other hand, Evangelicals are much more used to pastorates that last an entire career in the same place. If Warren, Hybels, Osteen, or whomever else left their prominent pulpits, their decision would probably be questioned and debated in much the same way as Bell's has been.

But no, it's not because we haven't heard of him. Many have, and simply have accepted it.

Good thing Bell left before he received his letter. Mars Hill Church in Seattle, pastored by Mark Driscoll and in no way to be confused with Mars Hill Bible Church in Grand Rapids, also made news recently for the very thing I didn't want you to get confused about just now:

The third Mars Hill I know seems caught in the middle. It is pastored in Sacramento, California by a friend of mine, Scott Hagan. Scott planted another church years ago in the Sacramento area, then moved to pastor a mega-church in Michigan and is now back leading at Mars Hill in Sactown. I have Pastor Scott’s permission to share what I am going to write next. Several weeks ago, Scott and his Sacramento congregation received a “Cease and Desist” letter which came from attorneys representing the Seattle Mars Hill Church. They were told that the Seattle Mars Hill had copyrighted the name “Mars Hill” and they demanded that the California Mars Hill churches stop using the name and any logos with similar lettering.

My reaction upon hearing this was...churches do that? Churches copyright their names like this, and really do send cease-and-desist letters to other churches that have the gall (THE GALL) to use that same name? How many First Baptists, First Congregationals, Trinitys, Emanuels, St. Peters (or any other saint), Zions, Graces, and whatever else are there in the United States? I'm guessing hundreds of each. But when it comes to Mars Hill, there can be only one (in my best Christopher Lambert voice).

But wait...Mars Hill Seattle quickly issued a clarification and was in contact with Mars Hill Sacramento to resolve this issue, which will lead to a logo change but not a name change.

It's a strange picture that gets painted when churches become involved in copyright and legal issues like this. On the one hand, individual churches (or, in these churches' cases, networks of churches) want to avoid confusion and be clear about who they are to people seeking them, but issuing a cease-and-desist letter quickly gets churches and individual Christians involved in a game that doesn't seem like Jesus was very interested in playing. After all, when disciples came to him exasperated that others not of their group were casting out demons in his name, he simply responded, "Let them. Whomever is not against us is for us."

I do get peeved when people get the United Church of Christ and the Churches of Christ mixed up. But I don't think there's reason to lawyer up in that instance.

Because I haven't written many posts with the word "Michigan" in them this fall. John U. Bacon's Three and Out was officially released on Tuesday, and I received my copy of it yesterday. Bacon was allowed unequaled access into the Michigan football program the entire time that Rich Rodriguez was head coach, and this is an account of what he saw. Over at MGoBlog, Bacon answered a series of questions in anticipation of the book's release, and one of the most notable answers to me came in response to a question about whether Rodriguez was a good fit:

When Schembechler’s crew arrived with their wives sporting beehive hairdos and stiletto heels, some Michigan insiders took to calling them “The Ohio Mafia.” The players quickly learned the new guy yelled, swore, grabbed your facemask and literally kicked you in the ass. If you were merely hurt, not injured, but didn’t want to practice, you got left behind when the team plane took off.

Instead of turning his back on the new regime, however, Elliott embraced them, hosting parties for their families and introducing them to important people around town. He did not allow players to come to his office in the Athletic Department to complain about the new guy, either. And when Schembechler delivered what today would be an unforgivable comment about changing “Michigan’s silly helmets,” Elliott, Don Canham, Fritz Crisler and Bob Ufer quietly taught him Michigan tradition.

And, to Schembechler’s credit, he was wise enough to listen, and even seek out their help.

When Michigan upset Ohio State that year, they gave Bump Elliott the game ball, and there was not a dry eye in the room.

That’s Michigan at its best. The last three years were not.

Rodriguez had never been to Ann Arbor before his first press conference, and it was clear he had not prepared, nor been coached – a noted contrast to Brady Hoke’s introduction, when his rehearsed lines won over many doubters.

To cross this chasm, neither Michigan nor Rodriguez did enough, soon enough. I believe Rodriguez should have learned more about Michigan faster than he did, but I also believe he received little guidance. Readers will likely be struck by how often Rodriguez invoked Michigan’s traditions – the helmet, the banner, the rivals – when he talked to his team. And he could have helped his cause by reaching out to sympathetic Michigan groups like the M-Club, filled with loyal supporters who could have helped him when trouble hit.

I expect to have the entire freaking 400-page book read before next Friday's Pop Culture Roundup. I've been anticipating this that much. In fact, I've already read the first 80 pages.
By Jeff Nelson
Email ThisBlogThis!Share to TwitterShare to FacebookShare to Pinterest
Labels: Church, Small Sips, Sports
Newer Post Older Post Home