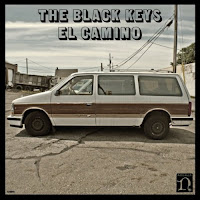 I'm still reading This Odd and Wondrous Calling. I'm in no hurry to get through it, and I even wonder whether I should be reading something else. Copenhaver and Daniel share good stories and reflections; I just don't feel a sense of urgency about finishing it. I do have to give Daniel props for playing bass in a punk band before she started seminary...for someone who seems to have become so entrenched in the Progressive Christian Establishment since those days, I was glad to have learned that about her. Copenhaver, meanwhile, shares his reservations about telling people that he's a pastor, which I completely understand. He tells a great story of meeting a jazz musician to that effect.

Last week, Coffeewife and I burned through all the episodes of Boardwalk Empire that we've missed in the span of 2-3 days just in time for the season finale on Sunday night. Nucky dealt with his new adversaries in Jimmy, his brother Eli, and the Commodore surprisingly well. There was an incredibly dark cloud hanging over the entire cast: some had sins come back to haunt them, others had to cover up new ones, and some simply followed them to their natural conclusion. The finale made me angry in a way that a TV show never has, but in part it was because there was no other way for things to play out. People made their choices and inevitably became victims of those choices at the hands of the ones holding all the cards. Unfortunately for the series and for many viewers, one of the most sympathetic and complex characters is now gone, leaving me to wonder who I'll be rooting for in season three.

In an intriguing bit of TV news, Christopher Meloni is joining the cast of True Blood for season 5. As in, the guy who was Detective Stabler will now be playing a vampire. How's that for range? Now I'm honestly interested in the next season instead of watching it just because I've been watching it.

The Black Keys' newest album, El Camino, was released on December 6th. It features some of the Keys' staples like grinding guitar riffs and stomping drums. I've been enjoying it immensely the past week and a half. Here's the video for "Lonely Boy:"

And here's a snare drumline playing a rendition of "Little Drummer Boy:"