You people with your "soup kitchens" and your "social justice" and your "inclusion..." Ross Douthat briefly discusses the Episcopal Church's recent national gathering, including its decision to affirm a rite to bless same-sex marriage, after which he cites that denomination's membership losses and trots out the usual argument that numbers are on the decline due to its liberalism (other mainline denominations and liberal Catholics get jabbed later in the article for the same reason).

Here's what I see as the takeaway section:


But if liberals need to come to terms with these failures, religious conservatives should not be smug about them. The defining idea of liberal Christianity — that faith should spur social reform as well as personal conversion — has been an immensely positive force in our national life. No one should wish for its extinction, or for a world where Christianity becomes the exclusive property of the political right.

What should be wished for, instead, is that liberal Christianity recovers a religious reason for its own existence. As the liberal Protestant scholar Gary Dorrien has pointed out, the Christianity that animated causes such as the Social Gospel and the civil rights movement was much more dogmatic than present-day liberal faith. Its leaders had a “deep grounding in Bible study, family devotions, personal prayer and worship.” They argued for progressive reform in the context of “a personal transcendent God ... the divinity of Christ, the need of personal redemption and the importance of Christian missions.”

It's a familiar refrain. If liberal churches and Christians weren't so gosh-darn liberal, they'd be growing rather than shrinking. Conservative theology is surely the ticket, right? Or, at least, a deeper, more theological ethos in general is the ticket, right?

Is Joel Osteen--the Oprah Winfrey of American Christianity--as successful as he is because he's deeply rooted in a "religious reason for existence?"

But wait! Historical theologian Diana Butler Bass has a rebuttal for Mr. Douthat:


That was 1972. Forty years later, in 2012, liberal churches are not the only ones declining. It is true that progressive religious bodies started to decline in the 1960s. However, conservative denominations are now experiencing the same. For example, the Southern Baptist Convention, one of America's most conservative churches, has for a dozen years struggled with membership loss and overall erosion in programming, staffing, and budgets. Many smaller conservative denominations, such as the Missouri Synod Lutherans, are under pressure by loss. The Roman Catholic Church, a body that has moved in markedly conservative directions and of which Mr. Douthat is a member, is straining as members leave in droves. By 2008, one in ten Americans considered him- or herself a former Roman Catholic. On the surface, Catholic membership numbers seem steady. But this is a function of Catholic immigration from Latin America. If one factors out immigrants, American Catholicism matches the membership decline of any liberal Protestant denomination. Decline is not exclusive to the Episcopal Church, nor to liberal denominations--it is a reality facing the whole of American Christianity.

Douthat points out that the Episcopal Church has declined 23% in the last decade, identifying the loss as a sign of its theological infidelity. In the last decade, however, as conservative denominations lost members, their leaders have not equated the loss with unfaithfulness. Instead, they refer to declines as demographic "blips," waning evangelism, or the impact of secular culture. Membership decline has no inherent theological meaning for either liberals or conservatives. Decline only means, as Gallup pointed out in a just-released survey, that Americans have lost confidence in all forms of institutional religion.

So, to varying degrees we're all in trouble numbers-wise, and decline knows no theological leaning.

I doubt that many people who love the "wrong theology=decline" argument will pay much attention, though.

And then there's this. Leave it to nakedpastor to hold up a funhouse mirror to things: 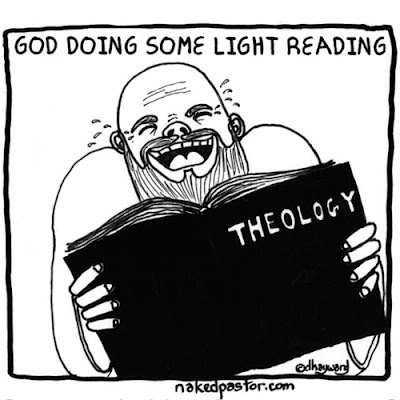 Party! The RevGalBlogPals celebrate their seven-year anniversary today. I've been a Pal of this group for almost that long, and have met some great online colleagues and read some great blogs as a result. Really, who wouldn't love a clergy group that has this saying available on different Cafepress items: 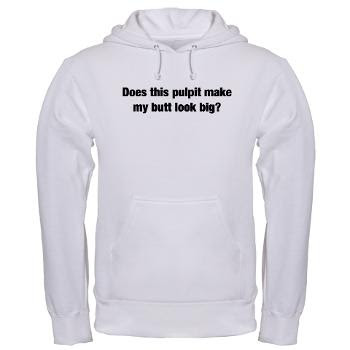 Besides the "liberal theology=decline" people, I mean.

Misc. Rachel Held Evans also weighs in on the Douthat/Bass back-and-forth; ponders the continued viability of conservative/liberal as dichotomous categories. Jan on teachability in the church. Brant shows cats getting raptured. Mine are still here. His answer: "You're not surprised." Stone prayers at Laity Lodge.
By Jeff Nelson
Email ThisBlogThis!Share to TwitterShare to FacebookShare to Pinterest
Labels: Church, Small Sips, Theology
Newer Post Older Post Home