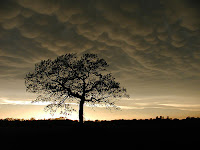 Last week, the Coffeefamily made its annual vacation trip down to Ormond Beach, Florida, just north of Daytona. This year's trip had a different feel to it, thanks in no small part to Tropical Storm Debby, which was milling around in the Gulf of Mexico leading up to that week and just happened to hit land while we were there.

The really bad stuff was north of us as it moved across the state. We saw countless images of tremendous flooding, particularly to our west where the biggest concentration of rain had fallen. For most of our week out by the Atlantic Ocean, even though we got off pretty easy, we still felt Debby's effects in the form of cloudy days, intermittent showers, and a thunderstorm or two. We showed our defiance by still going out to the beach every day, if only for an hour.

It's been fairly stormy this past week back at home. On Tuesday, our area was under a tornado warning for a brief amount of time. This morning as I type, we're bracing for a thunderstorm. This after long stretches where we've received no rain at all and one of the trees in our yard, just planted a few months ago, has required vigilant watering as a result. In that sense this storm, and others that will come, will be received as a blessing.

I've been catching up on my Mars Hill Bible Church podcasts this week. They've been moving through the book of Acts for what seems like forever, and Shane Hipps just did a two-parter based on Acts 17, where Paul and Silas sing hymns in jail, share the gospel with the jailer and his family, and make the Roman authorities walk them out of the prison themselves once it is discovered that they're Roman citizens. His refrain during these teachings was that when it seems like things are falling apart, things really may be falling together. Paul and Silas were beaten and thrown in prison, but then were able to meet the jailer and engage in a public witness of justice against Rome.

Some people's lives are more stormy than others. Some people's lives seem to be falling apart constantly. It may be that we are like our tree craving water; craving relief. And strangely enough, it may be the storm that helps things come together; that breaks us out of routines or habits that are limiting us rather than giving us life.

It may be the storm that ends up giving us what we need.
By Jeff Nelson
Email ThisBlogThis!Share to TwitterShare to FacebookShare to Pinterest
Labels: Bible, Quotidian, Theology
Newer Post Older Post Home