Oh. This again. Tony Jones has chimed in again about the state of liberal Christianity. He uses the recent Douthat/Bass back-and-forth as his jumping-off point, and ends up being as blunt as he's probably ever been regarding his views on liberal/progressive faith. Interestingly enough, this time he even hints at self-identifying as a progressive Christian, which is refreshing. At any rate, he makes three points about what he thinks is wrong with liberal Christianity, by which of course he really seems to mean mainline denominations:

1) Contrary to the Tea Party narrative, the US is the most “Christian” that it’s ever been: persons of Africa descent can sit at lunch counters with everyone else; women can vote; evangelists can stand on street corners and ply passersby with tracts. Liberal Protestantism is largely responsible for the freedoms we enjoy today, and we should trumpet that truth loudly. “If you love America” we should preach, “You should love the Congregationalists and Presbyterians and Anglicans and Unitarians and Quakers who built America.

So...how does this show that we suck? We have a publicity problem? We're not taking enough credit or trumpeting our accomplishments enough? Have you been to a UCC wider church meeting lately? We fall over ourselves repeating our "firsts" over and over! Still, this is a strange thing to present as being one of our fundamental sources of suckitude.

What else you got?


2) Douthat basically equates “culturally and politically conservative” Christianity with “orthodox and theologically rigorous” Christianity. That’s the form of Christianity that’s growing, he states. The implication is that liberal Christianity isn’t producing vigorous theology. Progressives would argue vociferously, saying that they’ve got more theologians in more seminaries and universities than you can shake a stick at. Maybe they do, but no one gives a shit about the theology that’s coming out of progressive Protestantism.

Again, a problem of publicity, except in a different form. But this one, I kind of agree with. First, I'd submit that Marcus Borg and Rob Bell and, if I really have to acknowledge him, John Shelby Spong are probably progressive Christianity's big populist voices. Bell would probably go on about eschewing labels, but Love Wins is the type of thought-provoking writing that progressives would claim more readily than conservatives, if the hubbub surrounding its release was any indication. Spong is also problematic due to his extreme abrasiveness and his rush to throw out the baby, the bathwater, the bath toys, and while we're at it let's just burn down the house. Borg is probably our best bet...heck, Wright even co-authored a book about Jesus with him. Other possibilities may be Brian McLaren and *gasp* Tony Jones! That's a long way of saying "they really do exist."


3) Finally, mainline Christianity is committing suicide, plain and simple. By gathering every summer at their national conventions and killing each other with friendly fire, they are rapidly precipitating their own demise. No one gives a shit about the survival of your denomination.

By “no one,” I don’t mean the people who go to those meetings and fight and argue and vote. Those people care. But they can’t see the forest for the trees. No one back at home cares.

Okay. You got me on this one. I agree. Not many at the local church level seem to care too much about the wider denomination, to say nothing of those outside denominations. I've been making this same point for years: local church initiatives to connect with and serve their communities need to be the focus of denominations, not getting local churches to pay more attention or give more support to wider church issues.  However, I don't think that denominations necessarily need to be blown up...they just need to be streamlined and refocused on what can be done in local communities as much as possible.

OKAY WE GET IT GIVE US A BREAK. At the risk of seeming obsessive, Jones wrote another post a few days later regarding a recent statement made by prominent liberal Christians against the failure to extend improvements to certain tax credits. He cites a blog by someone else commenting on it,  which in part laments that major news outlets didn't report on this statement. He then adds his own commentary:

And not that there’s anything wrong with boring. Lots of things that we do every day are boring, and un-newsworthy. But this was meant to be newsworthy, and it wasn’t.

If a few dozen evangelicals meet on a Texas ranch to decide whether Mitt Romney is a real Christian, you can bet there’ll be news choppers circling overhead.

Liberals are boring because they’re predictable, and predictable isn’t newsworthy. Also, liberals tend to be more nice, civil, and genteel. Those qualities, also, don’t work well on the nightly news.

So, fellow progressives, I ask you to be interesting, then you’ll be newsworthy.

Maybe they should've had U2 perform before making their statement.

The reason there'd be helicopters circling over that evangelical gathering is because for 30+ years those evangelicals have had the ear of one of the two major political parties. When they make a decision, it affects how that party campaigns and governs. What they decide about Romney's faith or whatever has implications for our political process. Liberal Christian groups don't have that kind of pull, at least not any more.

Second, what constitutes "interesting?" Sensational, like Michele Bachmann? Outright delusional, like Pat Robertson or Terry Jones? Offensive and hateful, like a certain Kansas "church?" I was watching a debate on gay marriage not too long ago, and do you know who CNN brought on as the evangelical Christian voice? Stephen Baldwin. These are the kinds of "interesting" Christians who get airtime on the news.

I've never really seen many hard and real solutions offered by Jones when he posts stuff like this. It's mostly tearing down or generic unhelpful stuff like "be more interesting." If you as an outside observer want to have a serious conversation about the way my denomination or those like mine are handling their business, then bring more to the table than what you've been bringing. 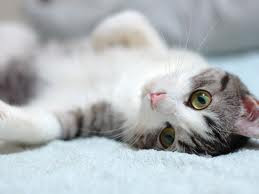 Do I really have to mention this? You may or may not have heard about the recent "Chik-Fil-A Appreciation Day" held on August 1st. Rachel Held Evans tries to stay as middle-of-the-road about it as possible, addressing people on both sides. She does a pretty good job of naming what each group may be dealing with, and then she wraps it up thus:


In conclusion, we would all do well to remember that the genius of the culture wars is that they convince us we change the world through bumper stickers, boycotts, and ballot boxes. They mobilize us around insignificant "wins" that, in the long run, only make things worse. The truth is, this whole Chick-fil-A storm will probably blow over in a few weeks, and when we come out from our hiding place in the basement, I fear that the only thing that will have changed is the unnecessary divide between the Christian community and the gay community will have grown wider.

And as much as we might like to, we can’t turn around and head back to the basement.

As Christians—conservative and progressive, gay and straight, activists and slacktivists—we must direct our efforts instead toward bridging this divide, which is going to take a lot of hard work, a lot of disappointment, a lot of tears, a lot of compromise, a lot of honesty, a lot of mistakes, a lot of apologies, a lot of listening, a lot of forgiveness, a lot of meal sharing, a lot of gospel.

In other words, it’s going to take a heck of a lot more effort than either eating or avoiding a chicken sandwich.

On the one hand, it's a good statement on unity and dialogue, as well as calling the back-and-forth about Chik-Fil-A what it is: a distraction from the deeper issues involved.

This isn't about eating or not eating a chicken sandwich. I think that too many on both sides think they did their duty by acting one way or the other on Wednesday. What we really need is healing and understanding, which Evans acknowledges won't come easily or quickly.

On the other hand, how much understanding and healing is possible, and should understanding be the ultimate goal? I'd argue that those boycotting Chik-Fil-A aren't seeking understanding, but instead full inclusion and authentic love. And I'd question what kind of understanding those who flocked to Chik-Fil-A on Wednesday desire. I think boycotters are perfectly clear, for instance, on what the other side's stance is regarding their orientation and desire for equality, and that this stance is largely based on religious grounds. It seems to me that one side needs space to be understood much more than the other.

I guess I'm not as close to the middle of the road as Rachel is.

Glorious. I'm getting pumped about a new Michigan football season. So here are 100 Michigan touchdowns from over the years. Go Blue!

Misc. Brant on calling evil for what it is. I'd argue that there still are factors that can contribute to evil acts that can be treated, prevented, or acknowledged, though. Matthew Paul Turner on how the church failed last Wednesday. Nadia Bolz-Weber's sermon after the Aurora shootings. Greg also on chicken sandwiches, particularly pointing out that the issue isn't first amendment rights.