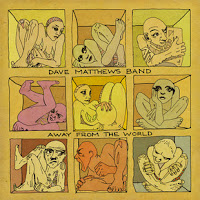 This week I read The Wrath of Fate by "Captain" Robert Brown, the frontman for steampunk band Abney Park. This is Brown telling the band's fictional backstory in novel form, where on the way to a gig, their plane travels through a rift in time and the ones who survive end up joining the crew of the airship H.M.S. Ophelia. From there they embark on a series of adventures through time and space that include the inspiration for many of the band's songs.  The song part may sound corny, but that element didn't feel forced or artificial at all. It's clear to me that parts of this story were already in mind when the songs were written, and this book fleshes those out and connects them. So first and foremost, it's a fun story with some great creative elements, and it's a quick read to boot: I finished it in two days over Labor Day weekend. That said, there were a ton of punctuation and spelling errors, and the writing quality is lacking in some places. It's enjoyable, but far from a masterpiece.

For some reason I watched She's the Man the other day, which stars Amanda Bynes as Viola, a soccer player at a public high school who suddenly finds her team program cut. After attempting to try out for a spot on the boy's team and being laughed at, she disguises herself as her brother to attend his private school and try landing a spot on the team there. At some point early on I was clued in that this is based on Shakespeare's Twelfth Night, which made it slightly more enjoyable. They did a decent enough job staying with the general points of the story. In fact, it was actually surprising to see just how easily a Shakespeare story can be adapted into a romantic teen comedy. What's that? It's been done before? Okay, then.

True Blood had its season finale the other week, and...yeah. Okay. So, Bill pretty well went off the deep end with his zealotry, to the point where he tricked fellow zealot and sole remaining Authority member Salome (all the others by that point had been staked or exploded) in order to claim sole possession of the vial of Lilith's blood. While Bill was busy doing that, Eric got his long-awaited revenge on Russell Edgington with some faerie help, and Alcide returned to Bon Temps to become master of the local wolf pack. We didn't get an easy resolution to the seemingly impending war between humans and vampires, which how could that have happened in an hour after smoldering the way it did over most of the season? And the very last thing we saw was Bill drinking the blood, melting, and then returning as Stronger Angrier Bloodier Bill. So we're pretty well set up for the next season, which will likely feature the escalating human/vampire conflict with Bill probably helming the vampire side. Despite Christopher Meloni's relatively early and disappointing exit, I think I enjoyed this season much more than previous installments. It seemed like much less of a train wreck than a lot of what they've put forth over the years. So I will more look forward to next season than dread it.

Dave Matthews Band debuted the video for their new single "Mercy," off their new album Away from the World, which comes out on Sept. 11th. Obligatory:

And beginning this past week and continuing through Monday the 10th, DMB has been streaming Away from the World on iTunes for free, so I've been listening to it all week. My verdict...wow. This is a return to form in a lot of ways not heard since Busted Stuff. They hinted at such a return on Big Whiskey, but this is a much more satisfying album to me. Boyd Tinsley's violin is much more prominent than it's been in a decade, and Jeff Coffin's saxophone reminds me so much of LeRoi Moore. Tim Reynolds' guitar could be overpowering at times on Big Whiskey, but he's been reigned in. Producer Steve Lillywhite hit the right balance, and the band as a whole nailed it. This has already become one of my favorites of theirs, and I don't even have the physical product in my hands yet.