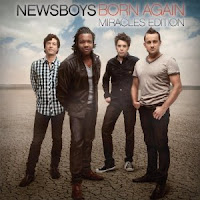 I don't have much to report this week. My reading is mostly classwork-related, I haven't seen any new movies, and my TV viewing has consisted of Michigan football, the Tigers in the playoffs, and the debates. So I guess we move straight to...

The Insyderz, The Sinner's Songbook - Much like their friends Five Iron Frenzy, Christian skacore band The Insyderz recently re-formed and initiated a Kickstarter project to put out a new album. The result is The Sinner's Songbook, in which they don't sound like they've missed a beat at all. Joe Yerke still growls his way through each song overtop grinding guitars and gut-busting drums. FIF's Reese Roper and the Supertones' Matt Morginsky provide guest vocals on the title track, which helped me relive fun ska-saturated days of yore. Yore.

The O.C. Supertones, Faith of a Child - Continuing my trip down memory lane, I listened to this disc that my onetime favorite ska band released back in 2005, but that I'd never heard before. The first few tracks aren't really ska and don't have the uptempo drums and horns that caused me to love them to begin with. They're slower arrangements of traditional hymns and praise songs, which are good for what they are, but they're not vintage Supertones. The rest is stuff from past albums, some of it different arrangements or live which, okay, fine. Again, for what it is, it's okay. But if I want the Supertones that I bounced around to in college, I need to go back to stuff that they did before this.

No Doubt, Push and Shove - And the nostalgia continues. Tragic Kingdom is the ska-pop band's big smash album from the 90s, and Rocksteady is their still-pretty-decent follow-up. I remember taking quite a while to warm up to Rocksteady, thinking they'd changed their style too much but eventually coming around to what that album offered. And maybe eventually I'll come around to this techno-synth blahfest at some point in the future as well. The title track is catchy and has elements reminiscient of earlier offerings, but a lot of the rest consists of repetitive beats and electronic riffs that sound like they're being played on a Casio keyboard. With the exception of the title track, the whole thing sounds lazy.

The Blind Boys of Alabama, Down in New Orleans - I've experienced samples of the Blind Boys of Alabama on TV appearances and on Solomon Burke's "None of Us Are Free," but I hadn't picked up a full album of theirs before now. I figured their 2008 Grammy-winner was a good place to start. The majority of this album consists of arrangements of gospel tunes backed by various configurations of brass and jazz musicians, which give the songs a New Orleans flavor. On the whole, gospel music is not my thing, but I enjoyed this.

OFF!, OFF! - I heard about this band and album through the "Sound Opinions" podcast where they had an in-studio performance visit, and figured I needed to hear more. This is a punk supergroup featuring Black Flag singer Keith Morris. It's a quick listen: the longest song, "King Kong Brigade," clocks in at a whopping 1:36. But there's so much packed in to each one: loud angry drums, loud angry guitars, loud angry singing...they get in and get out and are all like, "What do you care that each song is a minute long? Wanna fight about it? 'Cause I'll fight you." It's loud, fast-paced, and fun.

Newsboys, Born Again - There's a scene in one of my favorite movies, High Fidelity, where Rob and Barry have to chase down a couple skate-punk kids after a failed shoplifting attempt. In a later scene, Rob walks into his store and asks about the music playing over the sound system. Barry shares that it's a demo made by that pair of shoplifters, and it visibly pains him to admit that it's good. This is my first encounter with the Newsboys since they added former dc Talk member Michael Tait as lead vocalist, sticking with the general theme of this Albumwatch. I think that part of me was determined not to like it: it isn't the Newsboys that I knew in high school and college in sound or makeup. It doesn't have the playful, ironic tone that that version of the band had. In fact, this sounds a lot like Tait's post-dc Talk band, called...wait for it...Tait. But for what it is...guh...it's good. I mean, yeah, it has some of the cliches that ultimately turned me off to most Christian music, but the production and instrumentation is sharp and Tait's vocals haven't lost a step. My one unavoidable gripe: THEY REMADE "JESUS FREAK." OH NO THEY DI'INT. Other than that, I'm forced to admit that this is a quality album and that I enjoyed it.
By Jeff Nelson
Email ThisBlogThis!Share to TwitterShare to FacebookShare to Pinterest
Labels: Pop Culture Roundup
Newer Post Older Post Home