Small Sips Is In a Bunker Until November 7 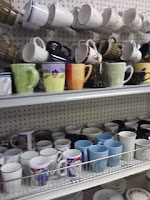 Old church, new church. Jan reflects on a generational shift that she sees in churches she works with:

I remember in serving my last church that it was very much like serving two different congregations. There was the church that expected ministry from me like the ministry they had experienced for the majority of their lives. And there was the church for people who had been hurt by the church, had never been part of the church, and who would never walk through the door of a traditional church. Today serving in a Middle Judicatory (in my case a Presbytery), I serve two sets of pastors and two sets of churches. There are the churches who want a pastor who preaches, teaches, baptizes, buries, and visits the sick. And there are pastors who know how to do this, both with and without enthusiasm.

And then there are the (rare) churches who want a pastor to lead them into the 21st Century, to equip them to be ministers, to teach them not so that they are smarter but so their faith is deeper, who train others to do pastoral care, and who spend more time out in the community than in their church buildings. There are especially younger pastors who long to do this usually with great passion.

I think one of the commenters rightly points out that this is not necessarily a generational thing; that there are older pastors and church members who believe in newer, emerging ways of being the church. It might be better to say that there's a cultural rift: the older institutional culture where pastors dunk, marry, bury, and visit, and the newer, more missional, equipping-the-saints culture. Jan also observes that it's taking a long time for the latter to find traction in most places, if it ever does or will.

I just realized I have way too many coffee cups. Jamie shares another snippet of what life is like for her family now that they're back in the States:


The other day some friends stopped by to drop something off and my husband invited them in. He offered them a seat and then he glanced toward me and suggested we make a fresh batch of coffee.

I looked back at him with my mouth pressed shut and those eyes women make when they're trying to convey an important message without words, and then I shook my head “no”, ever so slightly. You'd think that since we've been married forfreakingever he would immediately know that I was trying to quietly discourage him from offering coffee to our guests.

Instead, he blurted, “What. Is there no coffee? Do you not want to make coffee? WHAT IS IT?!”

And then I got all huffy because he sucks so bad at reading my mind and I said, “We only have ONE coffee cup!” (Which is a lie, because we have two, but my coffee was already in one of them.)

The point is, we didn't have enough to go around and, in the end, we had to manage with the two appropriately sized mugs and two tiny tea cups which I had recently picked up at a thrift store for 50 cents. All because, somehow, for the three months since we've been back we've gotten by with only two mugs. That's just all we needed.

One of Coffeewife's and my favorite time of year lately has been the annual church yard sale. It allows us to go through closets, drawers, cabinets and boxes we haven't unpacked since we moved into our current house nearly three years ago, and get rid of stuff. None of it comes home; whatever isn't sold is taken to Goodwill. It's actually a bit surprising that we can find so much every year that we don't want, but maybe it shouldn't be. It actually makes sense and shouldn't be so surprising, because we have so much that we don't need. And we realize this again and again.

Could we ever whittle things down to "this is just all we need" status? I would hope so, but I also admit that we are as self-imprisoned in certain cultural conditioning as most are, and would have a million excuses to keep this and this and this, you know, "just in case." But I like to think that we're working toward it, albeit ever so slowly.

It's funny because it's true. Jon Stewart nails what Ohioans have been enduring this election season:

It's depressing because it's true. Here's a nakedpastor cartoon: 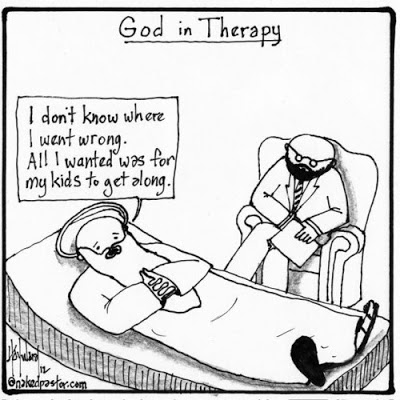