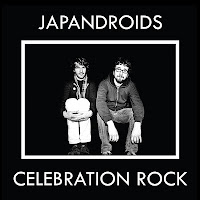 I recently finished reading God Is a Gift by Doug Reed, the review of which you can read here.

I also recently finished reading The Awakening of Hope by Jonathan Wilson-Hartsgrove, the review of which you can read here.

The season finale of Boardwalk Empire aired the other week, and it was as good of an ending that could be hoped for. Things got pretty bleak for Nucky heading into this episode, but things started looking up with the arrival of Capone and some muscle to help back him up. The show really seemed to come of age and find itself this season. In the first two seasons, it didn't always seem sure of what it wanted to be, much like its main protagonist. But this season, both he and the show seemed to figure things out. Gyp Rosetti ended up being a better foil than I initially thought he would, and Richard Harrow provided some much-needed heart to a show filled with people looking out for themselves. I greatly look forward to next fall when the show returns.

The video for "Dance in the Graveyards" made me a full-fledged Delta Rae fan this week. Every once in a while, I see a video or hear a song and wish I could somehow bottle up its essence and translate it into sermon form. This is one of those videos and songs:

Abney Park, Through Your Eyes on Christmas Eve - This just-released album is a collection of both originals and the band's own unique spin on some standards. They make "Baby It's Cold Outside" sound like a 1940s radio tune and add a lot of minor chords to other favorites such as "Jingle Bells" and "Little Drummer Boy." The title track is excellent. The only weak track is "12 Days of Christmas," but that's still a pretty good record.

Abney Park, Ancient World - I'm still working on making it through this band's entire catalogue, so after Spotify made it through the Christmas album it began playing this. It's the same sort of good stuff that has caused me to enjoy this band for months now. What else can I say?

Dave Brubeck, A Dave Brubeck Christmas - I always knew of Dave Brubeck, but his recent passing inspired me to listen to something of his more closely. Brubeck's simple piano arrangements of Christmas standards was a nice album to have playing in the background while working on my sermon. Nothing about it blew my socks off, but it did help to put me more in the Christmas spirit one afternoon.

Divine Fits, A Thing Called Divine Fits - I heard about Divine Fits on the "Sound Opinions" podcast, at first dismissing them as one of those bands attempting to recapture the sound of '80s synth-rock. As I heard more from them, that opinion started to change and I figured I needed to hear the album, and now my opinion is back to the original. I'm technically a child of the '80s, but I came of age in the '90s and I have little appreciation for that poppy stuff that was so popular during that earlier decade. But that's just me.

Japandroids, Celebration Rock - Japandroids is another band I heard on "Sound Opinions:" a two-piece guitar/drums combo from Vancouver who put forth marvelously raw garage rock that also has depth and substance. There's a soul to this album that really resonated with me.
By Jeff Nelson
Email ThisBlogThis!Share to TwitterShare to FacebookShare to Pinterest
Labels: Pop Culture Roundup
Newer Post Older Post Home