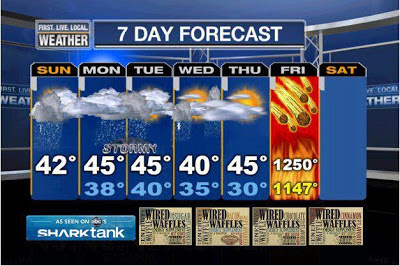 
Or, most recently, you might have heard the rumor from Mike Hucakbee or a friend on Facebook, saying that God abandoned the children at Sandy Hook because, though children have every right to pray in public schools, those schools cannot sponsor prayer events out of deference to religious freedom. When asked where God was on that awful Friday morning, these Christians have said that God did not show up at Sandy Hook because “God is not allowed in public schools,” because “ we have systematically removed God” from that place.

Brothers and sisters, let’s call this one for what it is: bullshit.

God can be wherever God wants to be. God needs no formal invitation. We couldn’t “systematically remove” God if we tried.

If the incarnation teaches us anything, it’s that God can be found everywhere: in a cattle trough, on a throne, among the poor, with the sick, on a donkey, in a fishing boat, with the junkie, with the prostitute, with the hypocrite, with the forgotten, in places of power, in places of oppression, in poverty, in wealth, where God’s name is known, where it is unknown, with our friends, with our enemies, in our convictions, in our doubts, in life, in death, at the table, on the cross, and in every kindergarten classroom from Sandy Hook to Shanghai.

God cannot be kept out.

Note: I totally knew what I was doing when I quoted this section. Ahem.

Anyway...yeah. Rachel pretty much nails the point that God can be wherever God wants to be. This season is a season of hope, and people like Huckabee are throwing out a message that is anything but hopeful, that is more about blaming the victim and making a cynical, pessimistic point in the face of tragedy when a Christian pastor of all things has so much more at his disposal that is incarnation-based and resurrection-oriented that he could have talked about instead.

Clownshoes. And also shirts. Brian shares what Michigan will be wearing in the Outback Bowl against South Carolina: 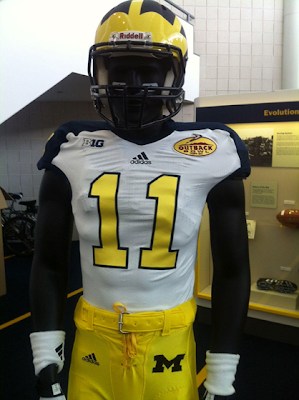 Like most special uniforms that Michigan has trotted out the past few years, this is pretty much terrible. We apparently wanna be Oregon, fergodsakes.

The other side, I suppose, is that this sort of stuff appeals to the players, both current and potential. That's part of how Oregon has been doing so well lately. So Michigan, one of the oldest and tradition-rich in the country, follows suit. Or uniform. Or whatever.

And also basketball. I haven't done a Small Sips in a while, but have been wanting to quote the end of this MGoBlog post from when Michigan basketball beat NC State last month:


Yesterday seemed like the same old Michigan basketball before the game. When they raised Michigan's first championship banner since 1986, the stands were barely half-full and the three completely empty sections in the endzone grated.

But when I looked up after Michigan had forced a timeout out of a top-20 team, everyone had come in from the cold. It was loud, and Mitch McGary was waving his arms like a maniac to make it louder, and I thought to myself that guy has no idea.

He does not remember about the feral child and how Amaker offered him a scholarship that one year. He doesn't know you could park on the concourse if you wanted or that the answer to the question "would you rather have Michigan State tickets or an STD?" was "is the STD treatable with antibiotics?"

If he knows anything it's that people from Chesterton end up at Michigan because they are needed to have Aneurysms of Leadership at critical moments, and that Crisler ArenaCenter is under construction. Was under construction. It's all shiny now, just in time for Michigan to return to alpha-dog status.

None of these guys know anything. Nik Stauskas has spent most of the last 16 years shooting in his backyard and probably needs to be informed about recent developments like the fall of communism. Glenn Robinson just showed up, too, and even the veteran-ish stars came in for tourney appearances and an already-underway player development center. They have no idea that Michigan basketball is a self-flagellating moribund dungeon of a program still kicking itself for transgressions over a decade past that people just will not shut up about, ever.

Let's not tell them.

Watching Michigan basketball hasn't been this much fun since the early 90s. For a good chunk of that time it just wasn't going to be. But now it's a real, enjoyable thing again. Hooray!

For your consideration. Nakedpastor shares a cartoon meditation on who made up the nativity scene. OMG MORE SWEARING: 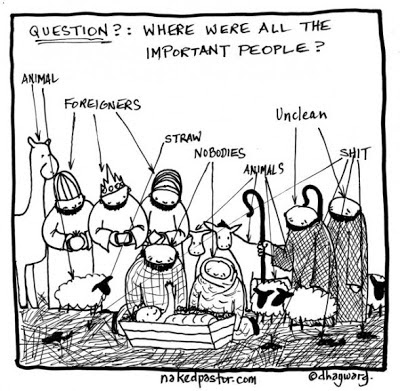 Misc. Jan on really knowing someone and being known. Luke with a raw reaction to the Newtown shootings, and some observations about how fear drives us. Black Coffee Reflections on Newtown as well. Brant basically says the same thing that Rachel did, but with less swearing.
By Jeff Nelson
Email ThisBlogThis!Share to TwitterShare to FacebookShare to Pinterest
Labels: Bible, Posts That Prove How Sick I Am, Small Sips, Sports, Theology
Newer Post Older Post Home