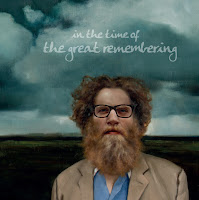 I was given The Hunger Pains as a Christmas gift, which is the Harvard Lampoon's parody of The Hunger Games. So we meet Kantkiss Neverclean who lives in District 12 which is known as the telemarketing district. A boy and girl are chosen for The Hunger Games (the only name they don't mess with) by being the last to touch their finger to their nose at the count of three. Parts of it are pretty amusing; I chuckled and even outright laughed more than once. There were many other points, however, when the humor seemed forced, uninspired, and tiring. Surely there are better efforts at sending up The Hunger Games than this.

The WWE Royal Rumble was January 27th, and is my favorite wrestling pay-per-view of the year. The gist: 30 guys enter the ring at regular intervals, the only way of elimination being to be thrown off the top rope and have both feet touch the floor. The winner gets a shot at one of the world titles at Wrestlemania. If that wasn't enough, The Rock returned to challenge CM Punk for the WWE Championship. Being a regular reader of wrestling websites that have some inside scoops on the WWE's booking plans, I pretty well knew what to expect before the event started: John Cena won the Rumble match, and The Rock beat Punk, setting up a rematch from last year's Wrestlemania. Even knowing this would be the most likely outcome, I was still mildly disappointed to see it actually happen. The Rock is one of my all-time favorites and I was glad to see him win the title again, but it still sets up one of the more predictable roads to Wrestlemania (and main event outcomes at Wrestlemania) that I can remember. I'll still tune in, but I imagine it might be in a slightly underwhelmed way.

The Super Bowl was this past Sunday, which means commercials! Some of my favorites:

The Lone Bellow, The Lone Bellow - The Lone Bellow sounds like a cross between Lady Antebellum and Delta Rae, particularly the country influences that both those groups show. I was surprised that I liked it for that reason, although I've greatly softened on my opinion of country music in recent years. And this group is unapologetically country, not pop-country or country rock or whatever. I'm talking Grand Ol Opry honky-tonk type stuff. And yet I liked it. What's happening to me?

Tristan Prettyman, Cedar + Gold - My local independent community station regularly plays "My Oh My," which is pretty catchy, so I figured I should listen to the whole album. This is a solid pop-rock-country album in the vein of Feist or Beth Orton, mostly of songs reflecting on relationships.

Jessie Ware, If You're Never Gonna Move EP - I first saw Jessie Ware mentioned in a magazine article touting up-and-coming artists worth paying attention to. It said things like "the next Adele" and "electronic beats" and I was all, "yeah, that works for me." The first time I listened to this album, I was less than impressed. I think it was the "electronic beats" thing that disappointed me: I was expecting something a little more prominent; more pop and less chill. But I figured that I needed to give it another listen lest I perhaps have to offer a "mea culpa" around July when I do another one of those. A second listen 1) I was in much more of a chill mood, and 2) I paid more attention to the voice, which while I don't think is "the next Adele" is nevertheless full and strong, at times smoky and at other times velvety smooth. Yeah, it's good.

Grace Potter and the Nocturnals, The Lion The Beast The Beat - My first encounter with Grace Potter years ago was an unsatisfactory one. I wasn't really taken by the music or the lyrics. As with most albums I experience, I find that environment and circumstances have a lot to do with this, and that was certainly the case at that point. When I gave This Is Somewhere a second chance a year or two ago, I was in a place to appreciate it a lot more. So I figured I'd give their latest a listen, too. I'd heard "Stars" and "Runaway" already, and the rest is quite good as well. I'm glad to have given them another try.

Ben Caplan, In the Time of the Great Remembering - On the way home from officiating a funeral one evening, I switched on NPR just in time to hear Caplan performing an in-studio version of "Stranger," a coming-of-age ballad that sounds like a pirate shanty and as if Caplan is incredibly angry at the piano he's pounding on. Astounded and mesmerized, I went on a frantic search to find out more about this artist and to hear more as soon as I got home. Caplan pulls from a wide variety of influences including blues, rock, folk, and orchestral to create an incredibly unique sound over which his soulful voice sings. I'm actually disappointed that he only has one album so far, but will eagerly anticipate more.

The Bog Hoppers, Top Shelf - "Captain" Robert Brown of Abney Park recommended these guys, saying that they've opened for his band often. So I gave them a try not even knowing what kind of music they play. As it turns out, they play Irish folk, which I didn't see coming at all. I had a lot of fun listening to them.
By Jeff Nelson
Email ThisBlogThis!Share to TwitterShare to FacebookShare to Pinterest
Labels: Pop Culture Roundup
Newer Post Older Post Home