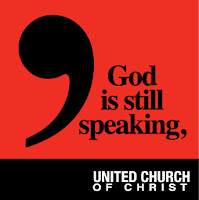 Last year, I was contacted about becoming part of the National Planning Team of the UCC 2030 Clergy Network. This was in the run up to their biennial Shepherding the Shepherd event, at which I was formally inducted, including prayer and laying on of hands. I still recall it being a very affirming and renewing moment.

Responsibility as part of the NPT is not necessarily extensive: there's a monthly conference call, and otherwise we plan the Network's big yearly event--whether Shepherding the Shepherd or a day-long event the day before General Synod--and otherwise facilitate connections and projects as they arise and seem warranted.

When I first told Coffeewife that I'd been invited to be on the Planning Team, she said, "You'll do it. You're a sucker for that kind of thing."

For as long as I can remember, I've wanted to be involved in as many things as time will allow...and then a couple more things on top of that. I kept myself crazy busy in high school and undergrad, the latter being the first instance when I really should have dropped a few things in order to maintain my sanity (and grades). After that, I think things were simplified for me with less options to choose from.

Since entering local church ministry, I've loved the opportunities to become involved in wider church work. I first joined my Association's CUE Committee, and then a year or two later their Ministry Support Working Group. The latter led to a few opportunities to lead workshops to help Authorized Ministers reflect on their sense of call and how they care for themselves.

Nowadays, I'm on the Church and Ministry Department of the Association, I'm teaching a preaching class for the lay ministry program, and I've just accepted an invitation to become co-moderator of the National Planning Team for the 2030 Network.

I'm still very much a sucker.

But it's because I love the work. I believe in what these programs and groups do. Church and Ministry was always a committee that I wanted to be on even in seminary, as they deal with the types of issues--ministry support and authorization--that energize me. The 2030 Clergy stuff has been an unexpected honor; I've found the Network to be one of the most collegial and affirming groups that I could be a part of as a pastor.

So many in local churches wonder about the worth of the wider denomination. "What do they do for us? What's the point?" Many times that question doesn't get answered until a church really needs help, e.g., Search and Call, conflict resolution, response to tragedy, and so on. Aside from that, I've been part of some wonderful projects over the years that have brought local churches together to achieve a common goal that they couldn't have done by themselves. Through the work I've been a part of on the Association, I've seen people connect across the region for support and connectivity, brought together by common interest and shared mission.

The other day, a good friend posted this video on Facebook. It features a song by Christopher Grundy, professor of preaching and worship at Eden. The footage used is of communion from General Synod 25 in Atlanta, which many (including me) recall being a controversial and contentious Synod. I was a delegate at that Synod (check out the guy intincting at 1:56), a pastor all of six months, wondering what I'd be returning to after the marriage equality vote.

And yet watching this, remembering that, remembering what an overall joy it has been for me over the years to serve in these various ways and to be a part of gatherings such as that and other Synods I've been to, has only made me thankful.

So many are declaring denominationalism obsolete, some gleefully so. But I've seen enough to know that there's still something to be said for what they do; for the resources and support that they provide those who are a part of them. Maybe there are better, more effective ways to organize the things that we do denominationally, but it's still a worthwhile endeavor.

And because it's still worthwhile, I'll keep being a sucker.
By Jeff Nelson
Email ThisBlogThis!Share to TwitterShare to FacebookShare to Pinterest
Labels: United Church of Christ
Newer Post Older Post Home